On Saturday night, my boyfriend, two co-workers, a friend from Arkells’ management, and I drove to Wilfred Laurier University in Waterloo to see Arkells, We Are The Take, and Flash Lightnin’ play the school bar. Oh my, did I feel old. The girls wore the shortest things you could still call a dress with heels and the boys all wore shorts, polo shirts, flip-flops, and baseball caps. They all got drunk. The boys were walking around, drinking out of pitchers like they were pints and I saw a few girls kneeling on the bathroom floor and their friends standing outside their stall, calling their names and asking meekly if they were okay.

No matter what they were wearing or drinking (or throwing up), the boys and girls went equally nuts over these bands.  Which makes me wonder, is it better to look like an absolute fool – air drumming off-beat, headbanging to unheadbangable music, and offering incessant wooo!-ing – at a concert, but have the best time ever or should all concert-goers try and keep some of their dignity by only allowing a leg wobble or a head nod? I personally always think everything should be taken in moderation, but maybe I’m not having as much fun as I could be…

Here’s some photos I took at the show — 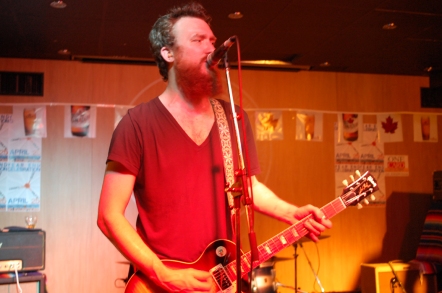 Erik Alcock from We Are The Take 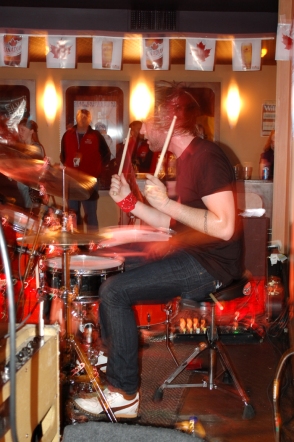 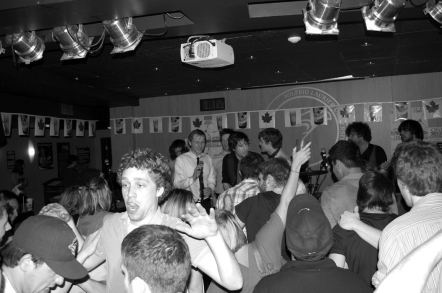 You are currently reading Roadtrip to Waterloo at I want to go to there.