[Walking through The Annex in the cold]

Get my first DSLR.

Convince Nick to live in Toronto with me for one full month. I admired his courage a great deal as January was brutally cold.

My boss leaves for sunny L.A. I hoped he’d take his assistant with him so I could get her position. That didn’t happen. It made it easier for me to consider leaving my job so…

Nick & I decide to put an end to this long-distance and start to plan my move to New York.

[brunching with Julia at Easy Rider]

Buy my first pair of leather Steve Madden boots and fall in love. Proceed to wear them out. Goodbye, high-tops, I am a woman now.

I begin to thoroughly enjoy being an aunt and have been named Aunt “Geegaw” by my two year old nephew.

[Dimitri The Lover & Mr. Geography’s business cards on my fridge]

After one night of CMWing, I took a cab home from the Supermarket and got Mr. Geography!!! Was too excited and/or intoxicated to get any of the answers right to his questions, but left the cab very happy nonetheless.

That same week, I was the victim of an attempted pick-up by the notorious Dimitri The Lover at a grocery store. It was like Toronto was showing me I didn’t need to leave for New York, as the city had plenty of its own local celebrities!

Not much happened. I started this blog, probably for something to do!

[my going-away party at C’est What]

What seemed like the shortest and craziest month of the year, as I prepared to move from the apartment with Angela to New York with Nick!!

I purged my belongings – sold furniture, books, CDs, and electronics, gave away clothes, left piles of things on the street for people to take.

Left my job of six years.

Got a sunburn the first weekend on May at Bamboozle in NJ.

Was incredibly thankful Angela’s dad had a lifetime Fed Ex discount, as that is how I sent what belongings I had left to Brooklyn.

I am in Brooklyn!

Work on sprucing up an almost furniture-less apartment.

Begin volunteering at an art gallery in Williamsburg.

Celebrate my first 4th of July in Nick’s hometown of Lancaster, PA with his family.

Attend a superhero-themed birthday party and don a cape with about 20 other adults and one child.

Art gallery shuts down; the routine I was developing is thrown off.

Join a Polish meat head gym, discover how great it is to get up and go to the gym first thing in the morning, almost every day.

[Sparky & I at Sneaky Dees]

Get muddy at All Points West.

Discover the joy of sharing a box of Peter Pan donuts with Nick on a Sunday morning, while reading the NY Times.

Return to Toronto for the first time in 3 months. The longest I’ve ever gone without seeing my family.

Come home to Brooklyn to find a box from Tiffany waiting for me. Swoon over my new key necklace from my sweetheart boyfriend.

Spend Labour Day weekend in Maryland with Nick. Get dressed up as tourists in tye-dye.

Nick suggests we get up early one morning to watch the sunrise on the beach. When the sun has risen, he gets down on one knee and proposes!!!

Go back to Toronto again for my parents’ 30th wedding anniversary party.

Get refused re-entry to the USA at 5:30 am. Hate life for a few days, then enter survival/stubborn mode and hire a lawyer.

Nick comes to visit his exiled fiancee. We celebrate our birthdays and Canadian thanksgiving.

My niece, Jillian, is born!

I get a terrible sinus infection. Become addicted to Advil Cold & Sinus.

Discover and embrace the practice of the neti pot.

Realize I probably had H1N1.

Return to Brooklyn for one month.

Watch the Yankees win the World Series at the new stadium.

Run into Hannah & Landon on the street in Williamsburg the day after I return. As a Canadian-American couple who were also bullied by the government, they give me hope and inspiration for Nick & I.

Hang out with great ladies like Kate, Courtney, and Shannon.

Nick starts at an exciting new job with a great company!

Fly back to Toronto.

Make suburban resolutions like I will learn how to drive while I’m here and read a lot.

In reality, I will play with my sister’s kids every day for 8 hours and wonder where the day went.

Fall in love with Sarah Curtis & Stephen Bowles all over again for their hospitality and hang outs when I come into the city. (Stephen can make eggs benedict!!)

Am grateful for Joe & Dori, my sole Whitby friends.

Enjoy being back for the holiday season.

Curse the Christmas freezing rain and countdown the minutes until Nick comes to visit so we can spend a good part of next week at my parents’ cottage!

It’s been called “The Decade From Hell”. Wars, terrorism, and celebrity meltdowns. You were all there and witnessed every high and low in your own way. Now check out She Does The City’s New Year’s special with plenty of lists celebrating the best and the worst of the past decade and see how they measure up.

It seems like a great time to reminisce. Another year has gone by and I find myself struggling to remember what it was that I listened to for the past 12 months. After consulting my iPod, last.fm, and even my memory, here’s what I’ve come up with. These are in no particular order. 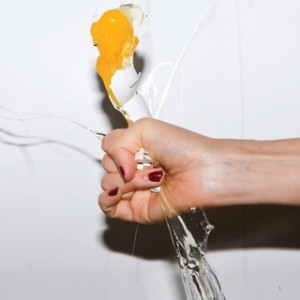 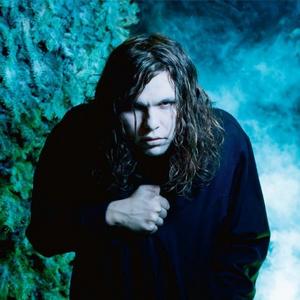 Now, Now Every Children “Cars”
The Beatles “Remastered Stereo Box Set”
Future Of The Left “Travels With Myself And Another”
The Dodos “Time To Die”
Jay Reatard “Watch Me Fall”
Silversun Pickups “Swoon”
Dirty Projectors “Bitte Orca”
Sebastien Grainger & the Mountains “S/T”
Metric “Fantasies”
Yeah Yeah Yeahs “It’s Blitz”
Bill Callahan “Sometimes I Wish We Were An Eagle”
Edward Sharpe & The Magnetic Zeros “Up From Below”
Sonic Youth “The Eternal”
Marnie Stern “This Is It and I Am It and You Are It and So Is That and He Is It and She Is It and It Is It and That Is That”
Mitch Hedberg “Do You Believe In Gosh?”

This week began with bad news, not earth-shatteringly horrible, but just something that’s going to require a further change in plans for Nick & I and the rest of our lives. Basically, our wait time as doubled. Thanks, America. Thanks, uninformative lawyer. What did I ever do to you guys? Can’t we work this out with some kind of truce? I promise to never try to marry an American again, after Nick. (I’m not even just saying that, I’ve learned my lesson!) Needless to say, this week was a little trying. It is now Friday and I am quite irritable. Reading, wine, and alone time listening to music on the computer helps. Nephews and nieces do too. People who think they can’t trust me after 6 years of loyal service do not, but that’s a whole other story, not fit for the internet’s eyes or ears.

Here are some pictures I took of Jillian and Ben yesterday.

I borrowed my Mom’s 49mm lens to take these. I’m completely enamoured and determined to sell my Nikon to get a Canon and then get an affordable 50mm lens for it so I can continue to take such beautiful photos.

To celebrate the impending holiday season, She Does The City compiled a list of perfect gifts for 2009’s favorite celebrities. Guess who went shopping for Tina Fey?

Check them all out here (Tina’s is last).

I am trying to go to there (America)

I’m back in Canada for what should be the last hurdle for Nick and I, as unmarried folk.

I left our apartment in Brooklyn yesterday, to make the deadline scary beastly immigration lady gave me earlier this month to leave, which felt very strange, but I was very happy to be able to be prepared this time, knowing that I’ll be spending a couple months away from home with my family. I have more than 4 different outfits this time and even my winter coat! This month will be a great distraction, with Christmas and all, so I’m sure it will fly by. Parties, beering, and holiday shopping will all be very enjoyable. Nick is planning to visit me lots and some of those visits will take place at my parents’ new cozy cottage where the internet doesn’t exist and cellphone reception just barely does. We will eat and read and cuddle and tread through snow and life will be great.

I’m doing my best to keep hives, tonsillitis, sinus infections, and other stress-induced ailments away this visit by keeping a ridiculously positive attitude and so far it’s working, although it’s only day two. But you should have seen day two last time! I think I cried any time anyone mentioned Nick, New York, lawyers, or our wedding. I’m really happy to be able to spend this extra time with my family, especially with my nephew, who is somehow getting cuter every time I see him. Maybe I’ll even get my beginners drivers license again? Only time will tell what miracles will happen in Whitby, Ontario!

In the meantime, I’ll think about how much Nick and I have put into this relationship. We have dealt with so many challenges already, from being two different nationalities to scrambling to pay my astronomical phone bills and accepting our relationship as my new vice to where all my extra money went. We WILL be together! As soon as the American government gives us the go ahead anyway! 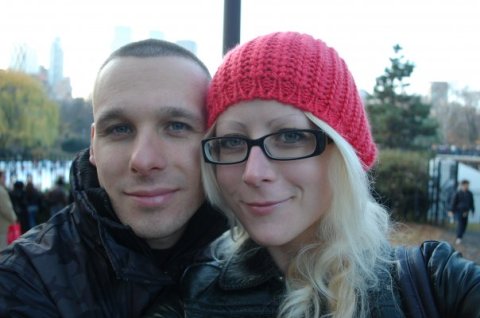 [Look how happy we are when we’re together and in New York!]

You are currently viewing the archives for December, 2009 at I want to go to there.