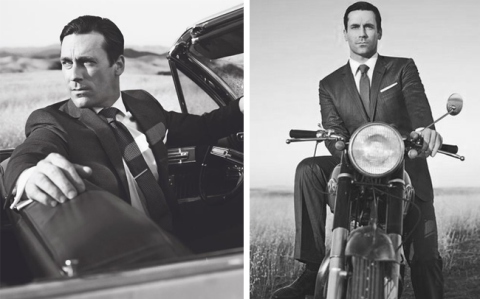 My Sunday nights still have a gaping hole where Mad Men once was, but at least now Californication is back in its third season to fill some of the void.

Although Californication is only half an hour long and not quite as intelligent, it still satisfies some of my need for outlandish situations and gasp-inducing plot twists. The show also provides an alternate handsome older man to look at while simultaneously being grateful he isn’t my husband.

How much alike are Don and Hank? Let’s take a closer look.

Other than those major bullet points, Hank could very well be a modern day version of Don. That being said, who would you rather date?

You are currently reading Don Draper VS Hank Moody at I want to go to there.