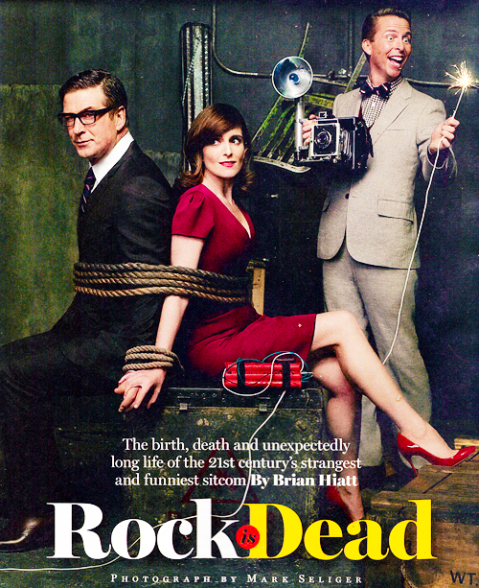 After seven years of making me laugh on a weekly basis, 30 Rock is ending. Tina Fey’s masterpiece (yes, I think it deserves that title) and my blog’s namesake will have a one hour season finale tomorrow night. Only a few TV shows have made me laugh in a way that 30 Rock did; including Arrested Development and The Simpsons in the mid-90s. I will really miss this show.

There’s nothing left to do but drown your sorrows in some classic 30 Rock moments on Youtube, and join me (physically or via text message) tomorrow night in watching the series finale at 8:00.

Happy Valentine’s, no one:

P.S. did anyone else almost tear up last week when Kenneth became President of NBC and Liz adopted mini Tracy & Jennas? No? Just Me? G.D., I love that show.

You are currently reading Goodbye, Liz Lemon at I want to go to there.