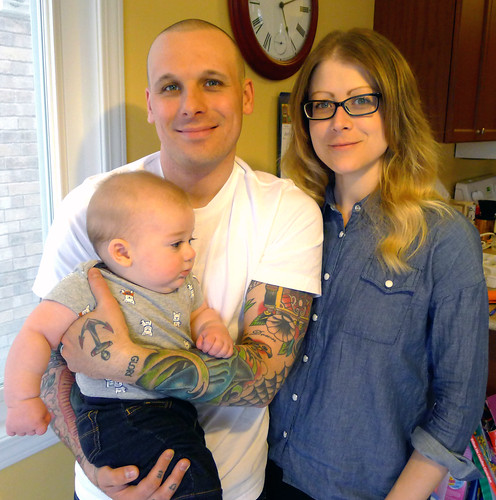 This past week, Nick had to cover a show in Toronto, so all three of us flew up for a few days. We didn’t actually get to celebrate Easter Sunday in Canada, but we got to spend Good Friday with family! 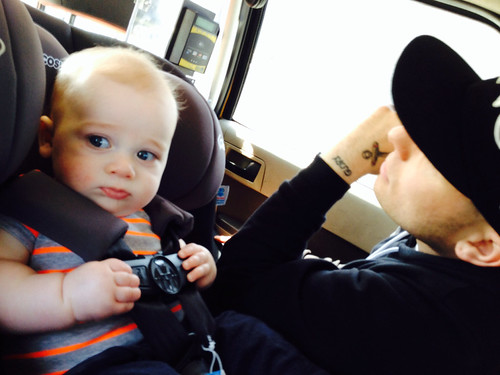 For a baby whose normal modes of transport include the Ergo and a stroller, Henry did very well in his car seat and on the plane. On the flight there, he stayed awake the whole time, smiling, giggling, and making friends with a flight attendant. The only time he lost it was when he had to get his diaper changed in the airplane bathroom, but even as a grown woman, I cry a little bit inside every time I have to use one of those too.

We spent the three nights of our trip at my sister’s house in Oshawa. It was so nice that they had an extra room (the future nursery for the twins!) so Henry got his own space for naps and nighttime. 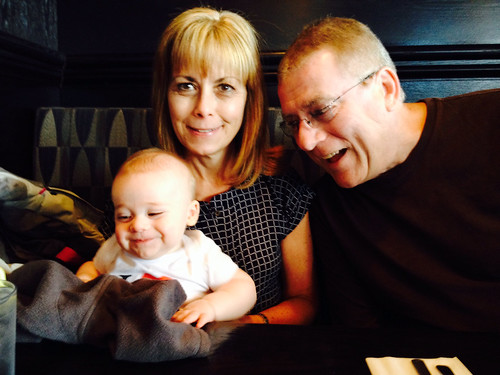 On Thursday, the Martins had to work and go to school, but my parents drove down to visit and take us out to lunch. They also bought Henry a crazy amount of new clothes! That was actually my first time in a store shopping for a baby since I’ve had one of my own. So many cute things!

Thursday night, we had a pizza party. Henry enjoyed his first highchair experience even if he didn’t get any pizza. 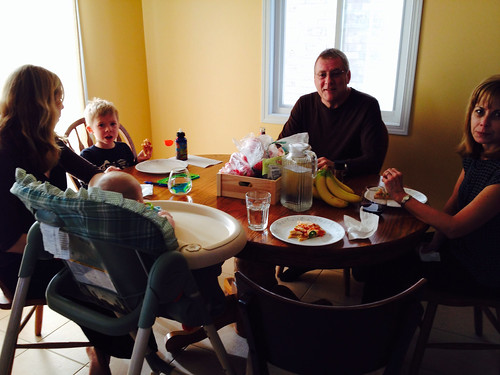 My niece and nephew were definitely more interested in Henry now that he’s less fragile and more fun than he was at Christmas when he was only 2 months old. Ben liked to tell us the words he was saying whenever he’d make noises. 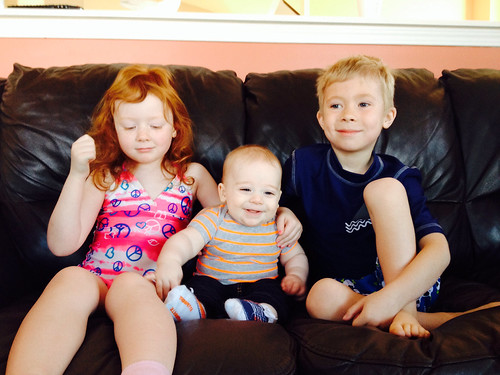 It was so great to see Jenn and her cute little (big) belly. Each night, I’d tell her it was okay to go to bed early, but she stayed up until 10:30 with me two of the three nights. She is the best. 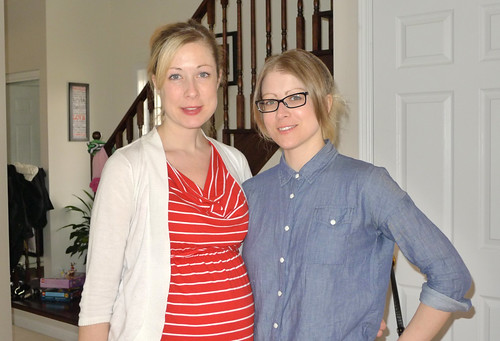 On Friday, my grandparents, parents, brother & his wife, and even an aunt, uncle, and cousin I haven’t seen in a few years came over. I insisted we take a big group photo. I am turning into my Dad and taking over as the family photographer, even if I’m only around 3 times a year. 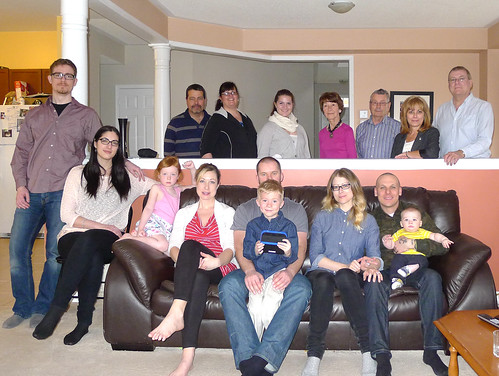 We enjoyed an amazing holiday dinner and I ate about 27 cookies. Luckily, the breastfeeding diet is really a thing because man, can my Mom bake. 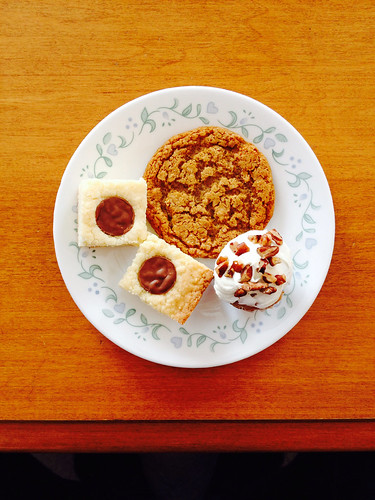 Isn’t it the best to just sit around with family and talk after a big meal? And aren’t those some handsome men? 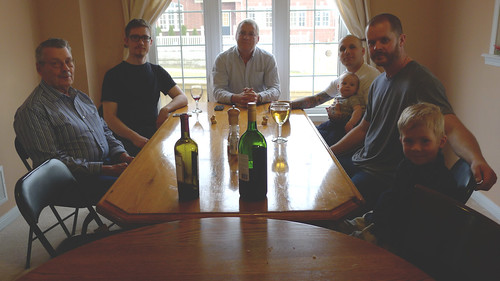 Saturday morning, the Easter bunny came and Henry got his first basket. Ben and Jillian found out they were going to Great Wolf Lodge that day and lost their minds. When we came downstairs after waking up, they were already wearing their new bathing suits. We left for the airport shortly before the Martins left to drive to their mini-holiday.

It was so great to see everyone. I wish it was a longer trip because I would love to introduce Henry to my friends in Toronto. Hopefully next time. (Babies are time eaters ;) 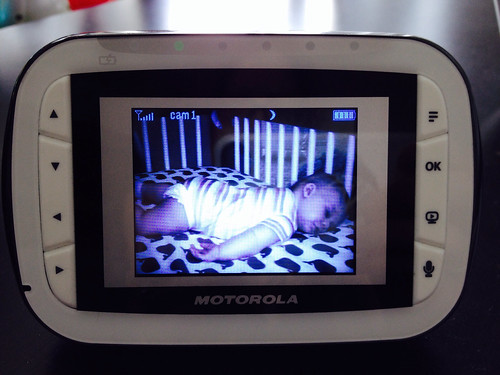 Henry had such a good time with everyone, but he was definitely happy to crash in his own crib once we were home.

See you in the Summer, Canada!

§ One Response to Easter in Canada

You are currently reading Easter in Canada at I want to go to there.