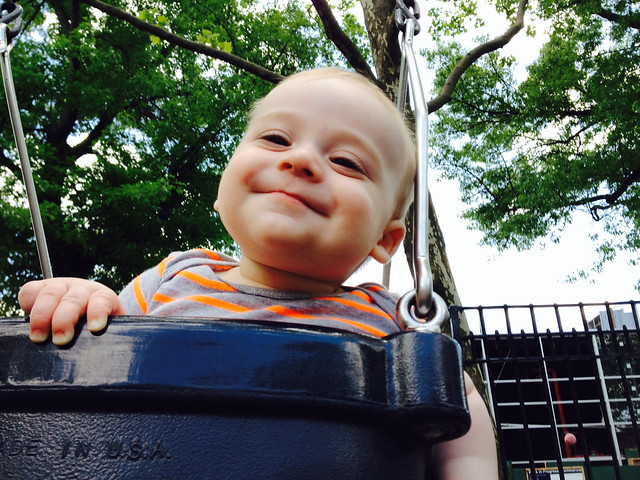 As far as long weekends go, we definitely made the most out of this one! 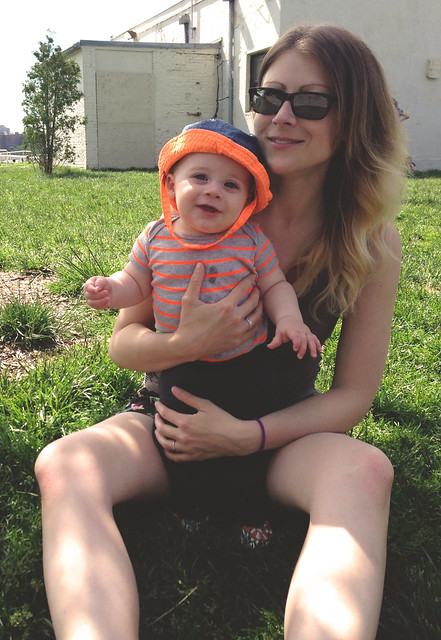 I think this is the first 3-day weekend Henry has been around for that actually consisted of nice weather. We took advantage by going to parks, on walks, and even sweeping the balcony and scrubbing off lawn chairs to take in the sunshine. 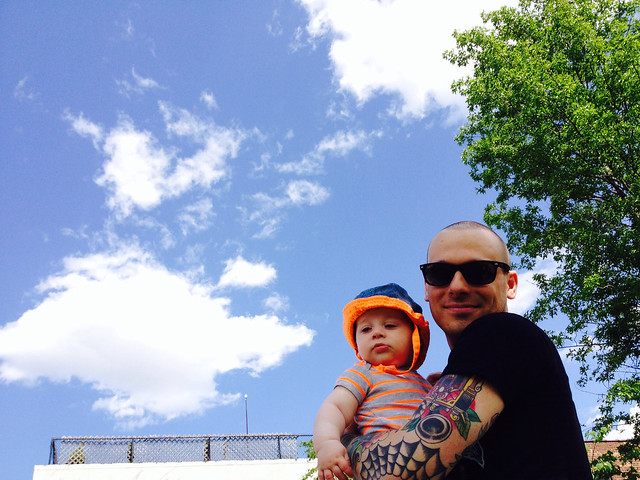 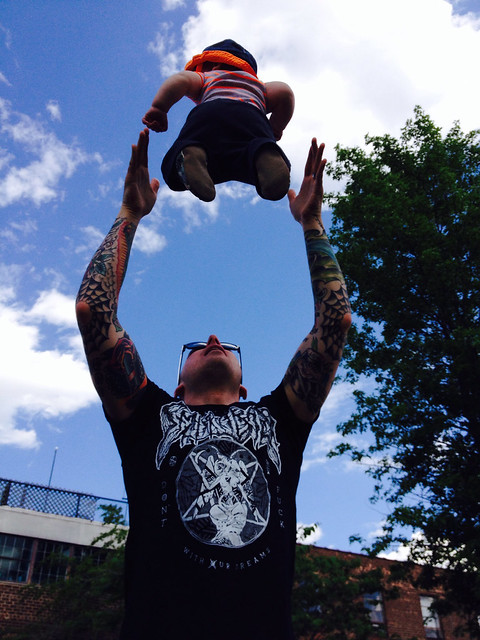 I was treated to a massage (a belated Mother’s Day gift) on Saturday and went to yoga on Sunday so Henry had lots of Dad time. He LOVED it. I’m not even jealous that Dad was the clear favourite this weekend. 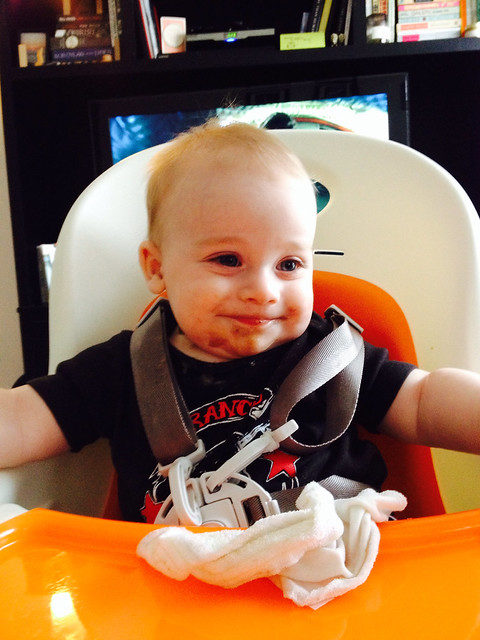 We ate lots of our first box of vegetables of the season, and Henry enjoyed eating with us. (Or as close to enjoyment as a 6 month old learning to eat can get.) 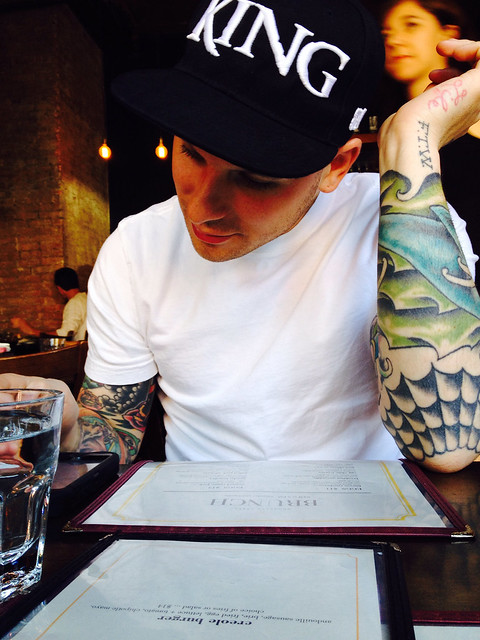 Despite the holiday Monday, we had our usual part time babysitter come in for a few hours so that Nick and I could go out to brunch together, run some errands, and just spend some rare alone time together. It was a very good decision. I actually ate out at a restaurant without having to be mindful of not dropping food on a baby’s head! 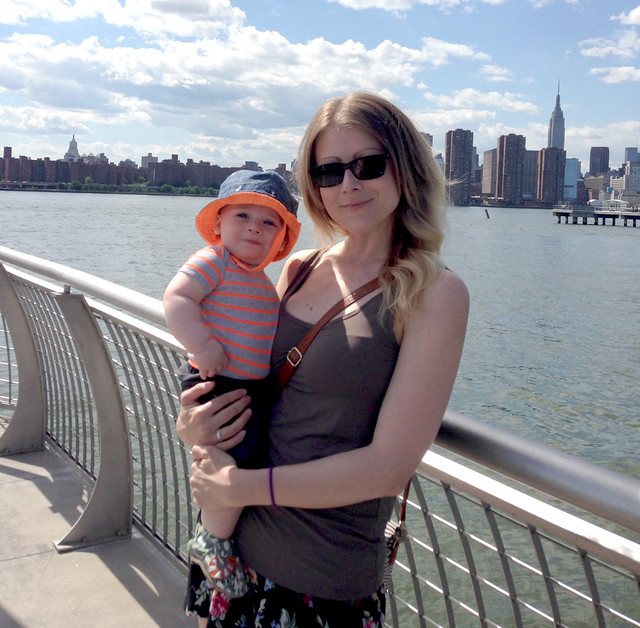 How many days til the next long weekend? :) 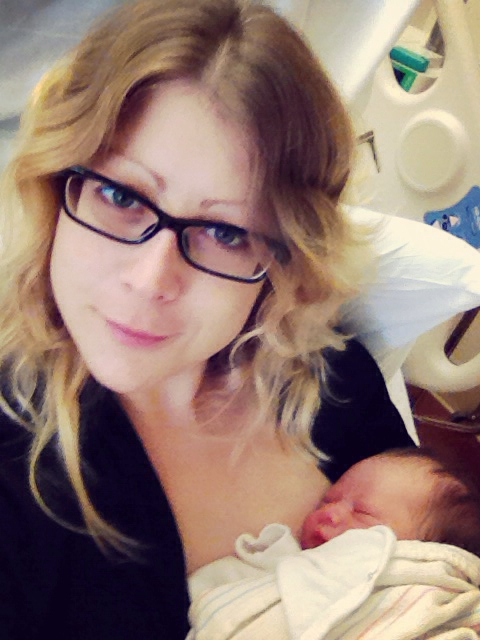 Tomorrow will be my first Mother’s Day! In the mere 6 months I have been someone’s mother, I have already noticed so many changes in myself. Priorities, emotions, patience – everything changes if not just a little bit. I’ve also come to appreciate my Mom (and Dad) even more, if that’s possible, now that I know the effort that goes into raising a child firsthand. And I’m sure this is nothing compared to the later years!

I wish I could see my Mom and sister tomorrow, but instead I’ll be having a few of my favourite ladies over for lunch and spending lots of time with Henry, of course. I hope you all enjoy your time with your families and a very special Happy 1st Mother’s Day to Kate, Julia, Gioia, Amy, Shannon, Ashleigh, Rachel, Amanda, Jen, and Elizabeth! 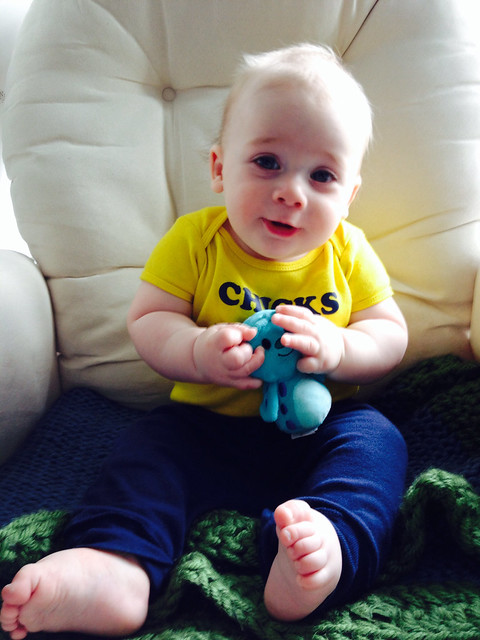 Holy cow! Henry is 6 months old – that’s half a year! Nick and I celebrated last night by having our sitter Sherry come over so we could go out for dinner alone together for the first time since November. (We have got to do that more often!) 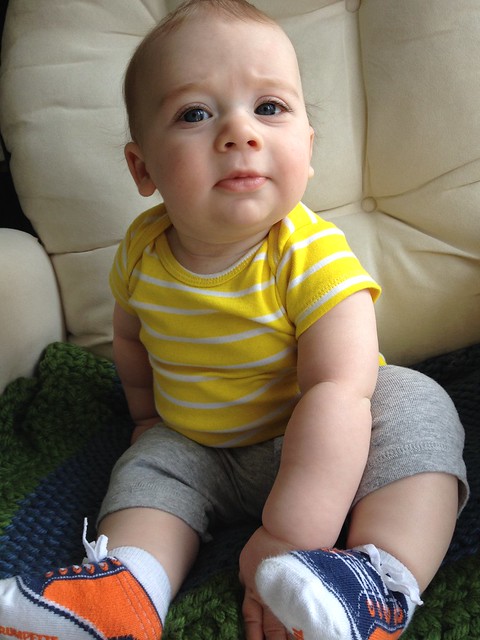 A lot has happened in the past month. Almost all of Henry’s dark hair he was born with is gone, even his mullet. It’s now the same shade mine was as a baby – a very cute and fuzzy strawberry blonde.

He’s also really good at sitting up! He hardly falls over anymore, unless he sees something out of his reach and decides to throw his entire body at it. As everyone says, he’s very “solid”. 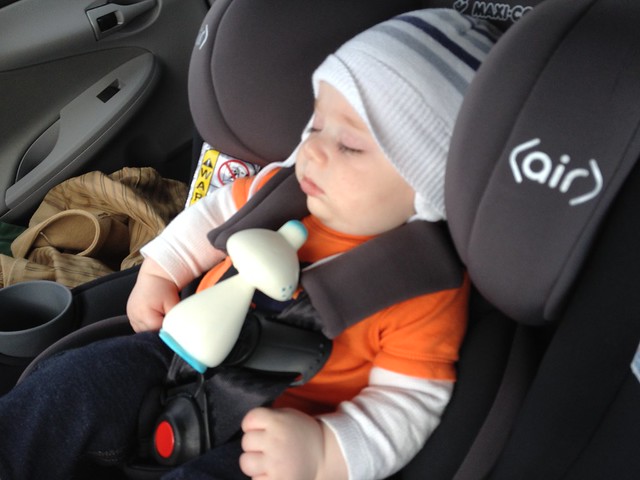 Henry took his second trip to Canada (and third and fourth flights) this month. This meant getting him a new carseat. I also finally pulled our Ergo carrier out of the box to carry him around the airport in. WHY DID I WAIT SO LONG? It’s so much better than the Baby Bjorn. 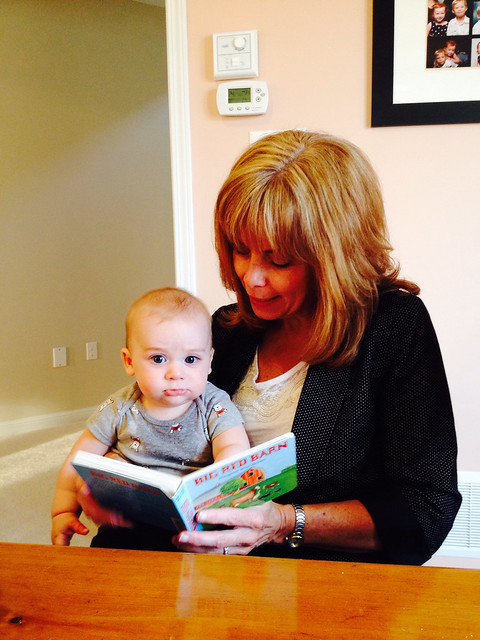 He still loves reading. So much that not only does he try and turn the pages and eat the book, but putting a book in front of him is one of the best ways to distract him or calm him down. (His favourites are Don’t Let The Pigeon Drive The Bus, The Cat Says Meow, The Going To Bed Book, The Big Red Barn, Hello Baby, The Little Engine That Could, and of course Goodnight Moon.) 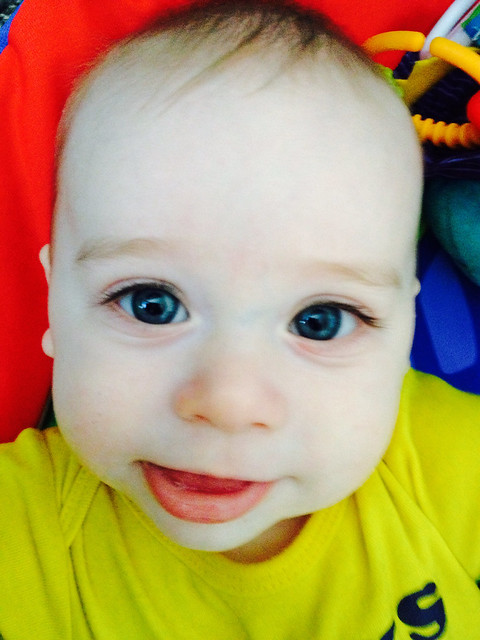 We’ve also entered TEETHING. His first tooth erupted through his gums just over a week ago. The one beside it is also well on its way. This has definitely disrupted some of the amazing sleep we had happening. It seems to be settling down for now… 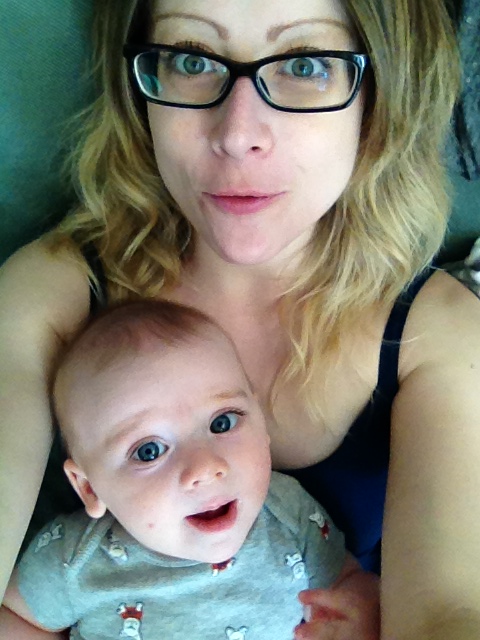 Nick has been traveling a lot over the past month, so there’s been a lot of alone time for Hank and I. It’s also been great to make sure I make plans to have friends over or meet them for lunch elsewhere to get us both out of the house. The first trip in early April when Nick went to Coachella went really well! Henry slept at night and for naps perfectly and the weather was fantastic so we spent a lot of time outside. 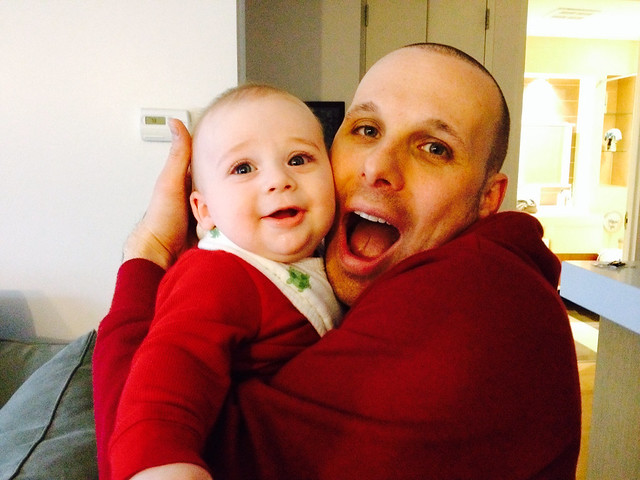 The latest trip, however, coincided with teething. It’s hard to grow teeth without your dad, so we had a bit of a tough time, but nothing like the London/snowstorm debacle in February! Henry was so happy to have Nick back on Tuesday evening. It was adorable. 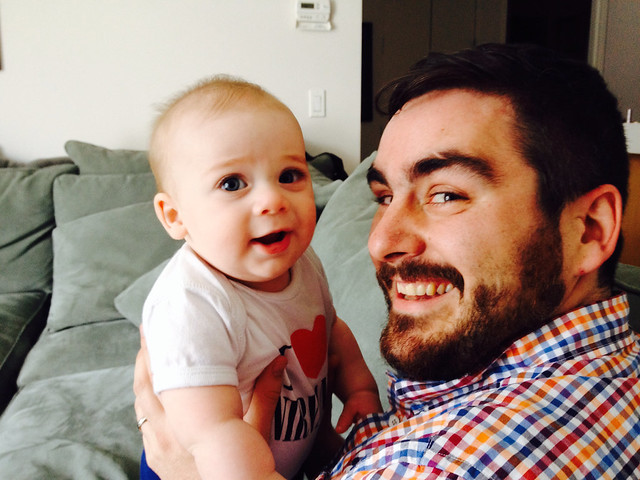 Henry is still meeting new friends all the time. Our friend Jacki came by last night to meet him and my good friend Eli was in town from Toronto last weekend. He exercised his best dad moves on Henry. He was VERY impressed.

Although he’s still exclusively breastfed, he has started to nurse less often. I have been giving him little tastes of food to try lately – avocado, oatmeal, tomato, hummus – and after our pediatrician appointment on Wednesday, I’m sure we’ll be actively introducing him to solids. A very exciting time!

You are currently viewing the archives for May, 2014 at I want to go to there.