Henry is 7 months old this week! He is well on his way to becoming a little boy – every once in a while, I’ll snap a photo of him that gives me a glance into what he’ll look like when he’s a little older. It’s crazy! 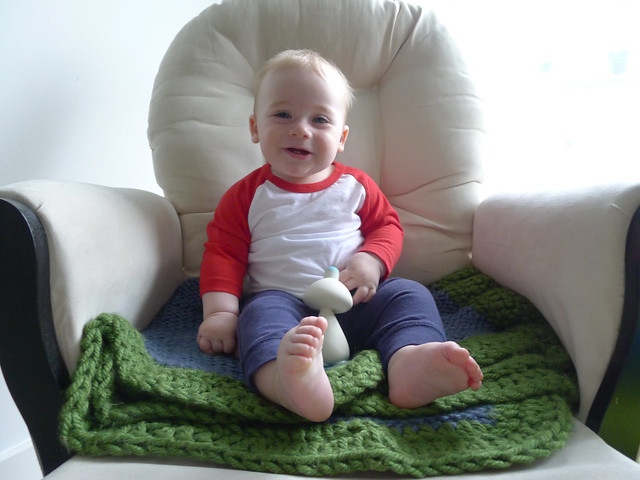 He now has two funny little bottom teeth that he’s created a whole new scrunchy smile to show them off with. He’s still teething pretty seriously which has made for some bumpy nights. Fingers crossed those top teeth come in soon too. 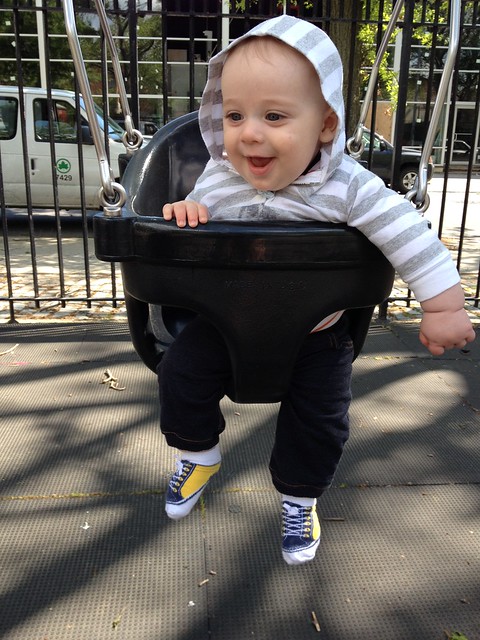 He loves swinging at the playground every day. It’s funny how you get used to your routine of what you do to entertain a baby and sometimes forget that they are constantly growing and changing and can do new things every once in a while. Thank goodness for our wonderful sitter Sherry who gently prodded me into telling her she could give him his first ride on the baby swings about a month ago! 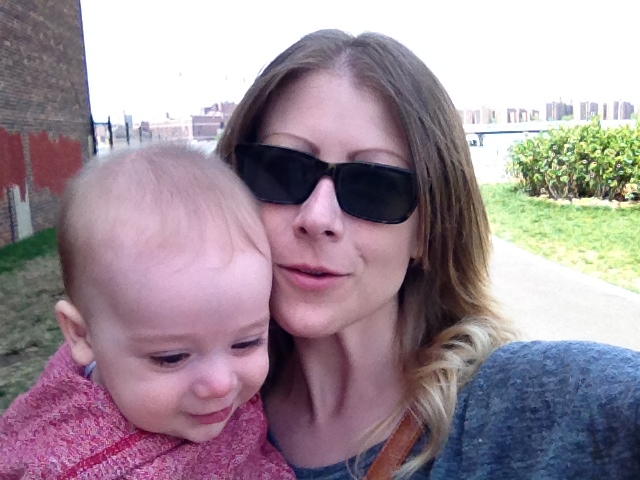 The nice weather makes things so much more enjoyable – the days go by so much quicker when you can fill them with walks (where you don’t have to constantly worry if your baby is warm enough), playgrounds, parks, and sitting on the grass, looking out over the East River. WAY better than trying to entertain a baby in an apartment for 10 hours a day! 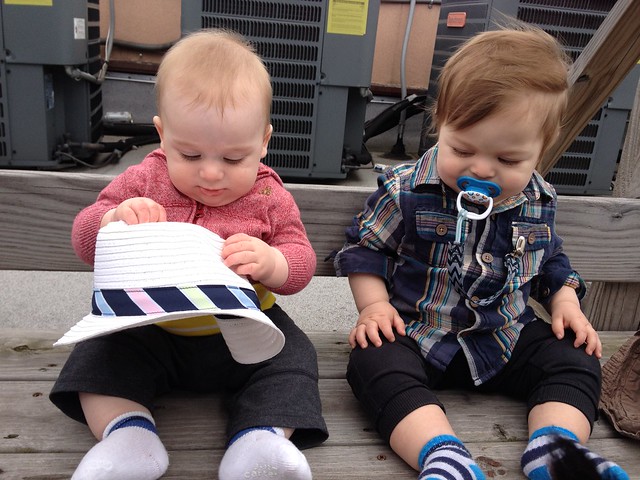 He went to his first birthday party this month too! We celebrated Annie and Henry got to spend some time with his pal Rocco. 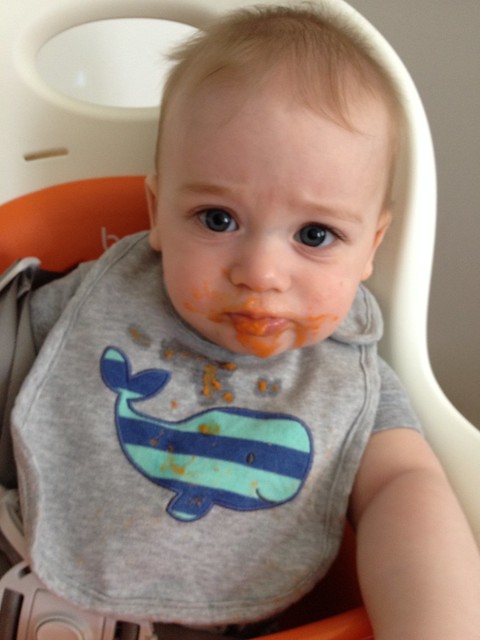 The biggest change in the past month was introducing solids. It’s such a funny thing to think about having to teach a tiny person to eat food. You’d think they’d want it, but they don’t! Henry started out eating avocado from his Boon spoon. 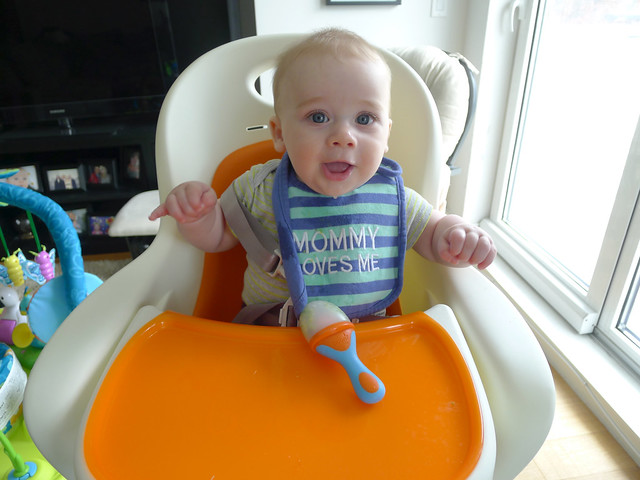 Then I started to actually make things like pureed/mashed sweet potatoes, pears, and bananas, and gave him multigrain cereal, so he needed to use a real spoon. It’s frustrating at first, but after a few weeks, he’s doing much better and actually ingesting the food. Hurray! 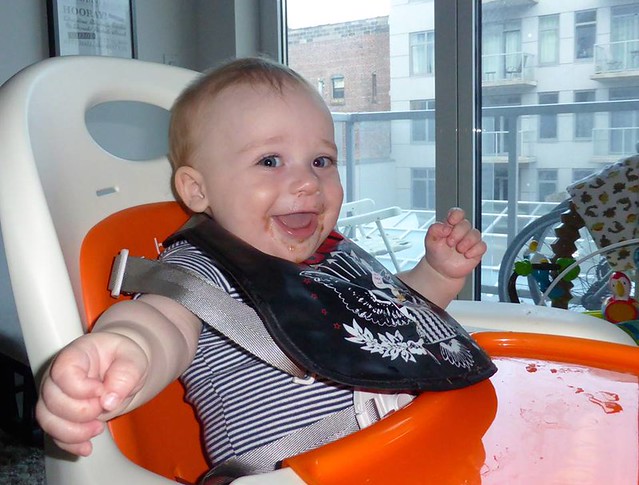 We did have a scary moment a while back – Henry might be allergic to nuts. That’s a story for another post. We’re keeping it light here, so more later. 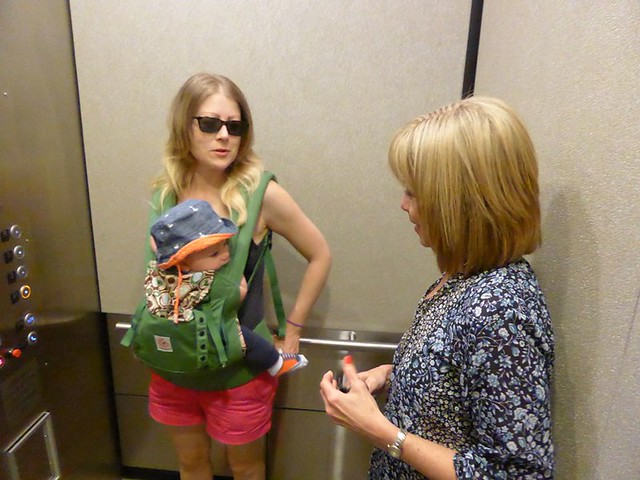 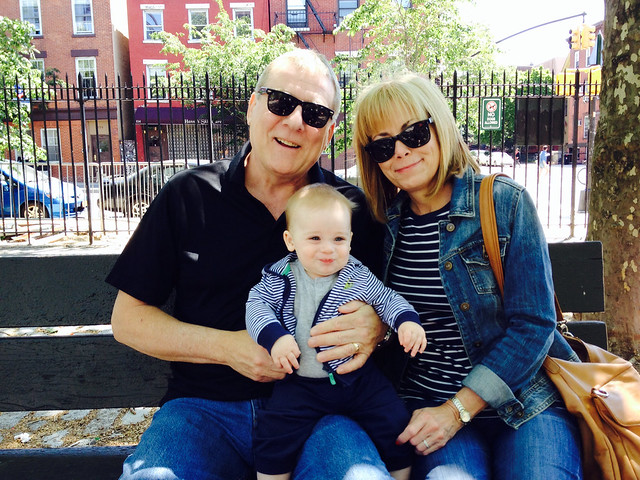 We were so happy to have a visit from my parents this past weekend. That meant Henry got to go out for two lunches and a dinner, plus lots of walks, swings, and presents from Grandma and Grandpa! 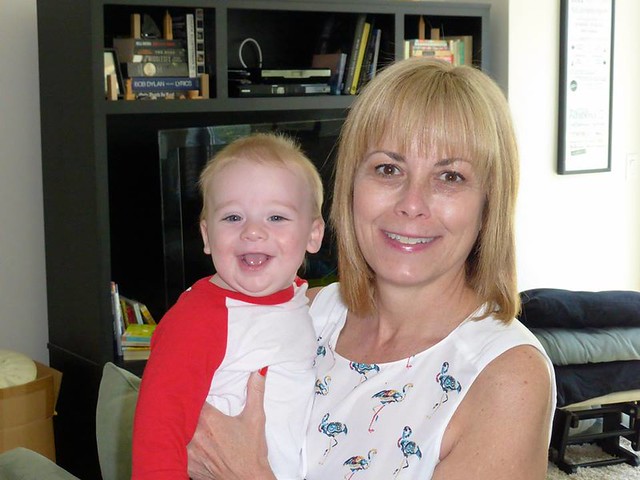 All in all, Henry is such a delight. His funny noises, amazing giggles, and the one word he knows (“Mom :)) make us smile every day. Nick and I still look at photos and videos of him on our phones every night after we put him to bed. We just can’t get enough.

P.S. One of the best moments of the past month.

You are currently reading 7 Months with Henry at I want to go to there.