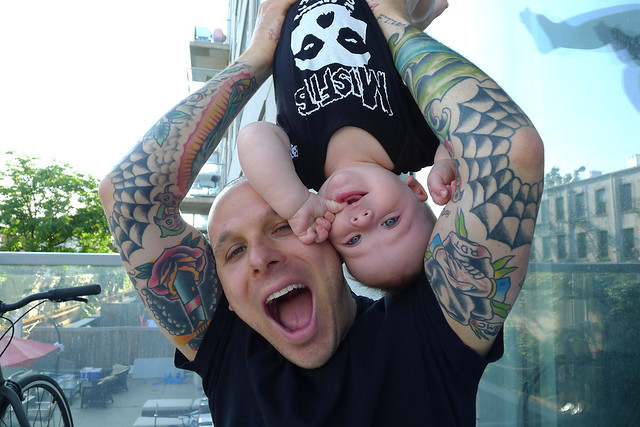 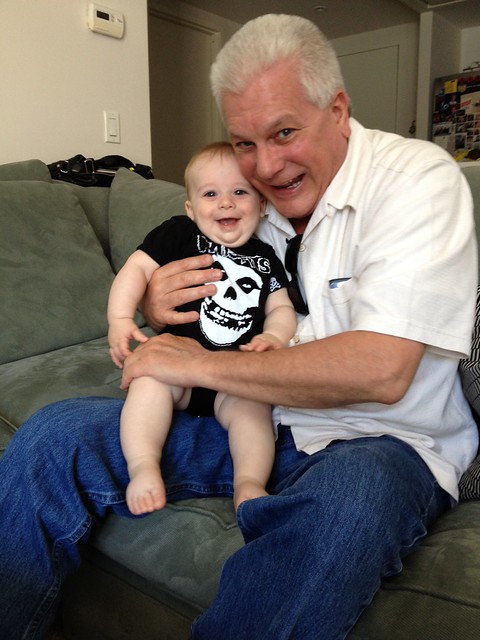 Nick’s first Father’s Day was a blast (way more relaxing than my first Mother’s Day ;) and Henry’s Grandpa Storch came to visit. Even though he hasn’t been here since the winter, Henry took to him immediately.

Our beloved babysitter found a great full-time job for another family so she won’t be with us regularly anymore, but we will still find some weekend days and evenings for her to spend time with him. He was great at helping us interview new women for the position this weekend though!

Although meal time is still very messy, Henry is slowly getting better at it and gaining a bigger appetite. However, he pretty much demands that you read him stories nonstop while feeding him. He has a good repertoire of fruits and vegetables he eats regularly, plus multigrain cereal. This week, he’s trying tofu! 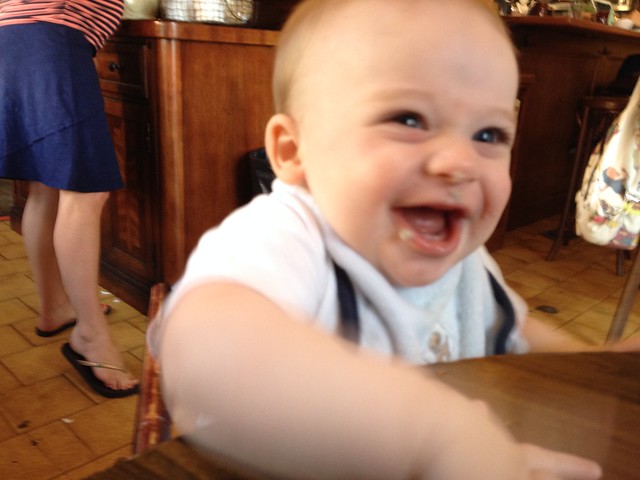 Speaking of eating, after my parents visited us last month and we took him out to eat with them a few times, we decided to have a family brunch every Saturday. Henry just loves eating out so much! We’ve sat at the first table at Brooklyn Label a few times and he gets to watch everyone come in, make eyes at ladies’ waiting in line for take out coffee, and bang on the table while eating his lunch. What a great time. 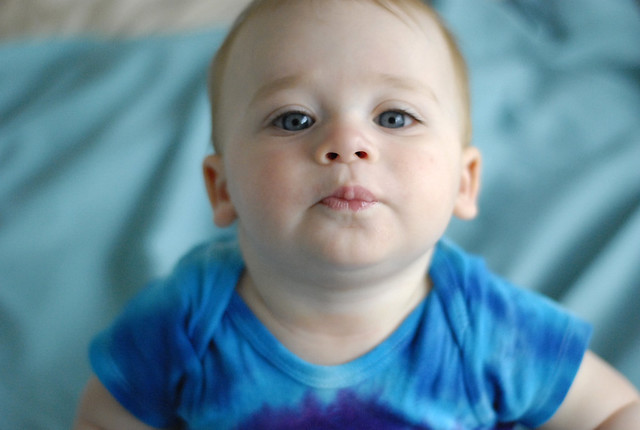 Henry is really becoming quite the little person. He will now let you know if he’s unhappy that you took something away from him, responds to the phrase “do you want to read a book?” with shrieks that we take to mean “FOR THE LOVE OF GOD, YES!!!”. He has all kinds of noises he loves to make from saying “mom” to screaming like Ned Flanders to get our attention. 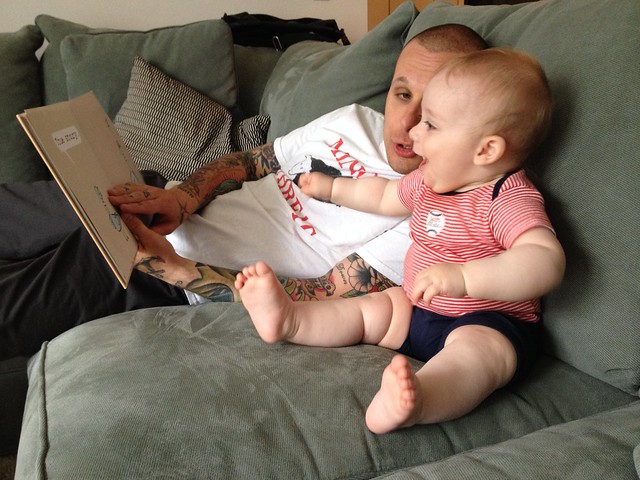 Seriously though, he loves reading THIS MUCH. 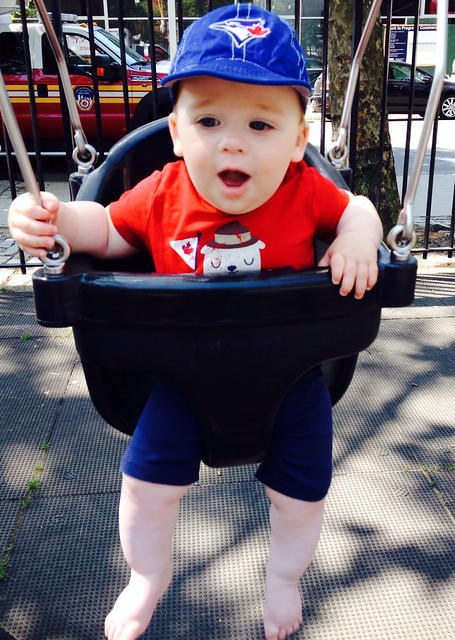 We’ve been spending our summer days at the playground and the park. Yesterday Henry discovered the splash pad and lost his mind. The swing is a dependable favourite where he usually gets to meet another baby or toddler who will sit beside him, which makes me feel better about him being an only child not in daycare. I feel lucky to live in a big city where people are out doing things and walking around constantly so having him meet at least one other baby a day is a pretty reasonable goal. 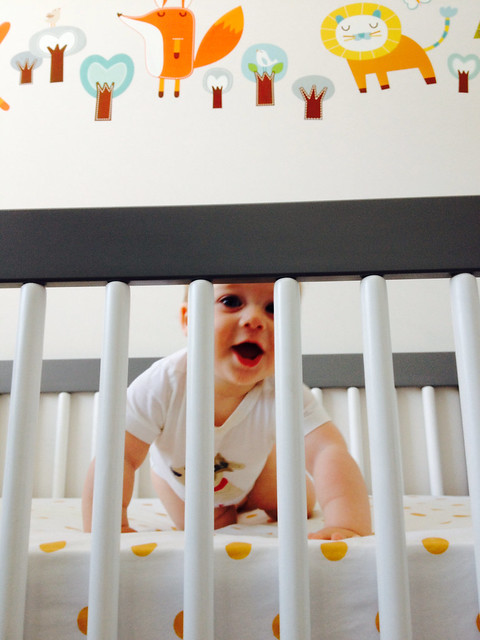 I think crawling will be happening any day now, but I’m enjoying my non-mobile son while I still can ;)

You are currently reading 8 Months with Henry at I want to go to there.