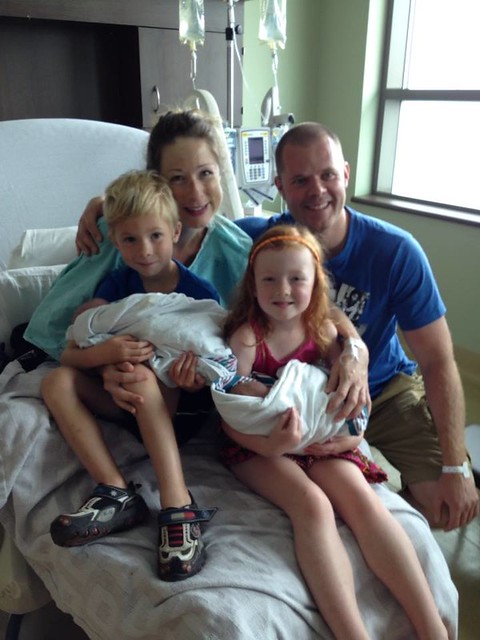 The little ones were both weighed in at 4.6 lbs each and made it to 35 weeks of pregnancy! (Full term for twins is 37 weeks, but they rarely go that long.) 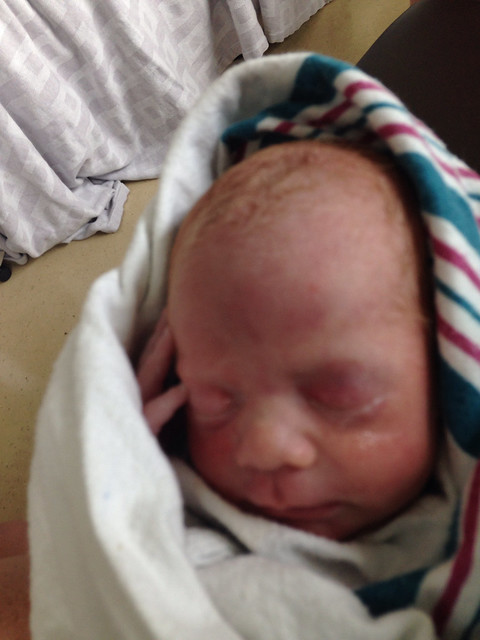 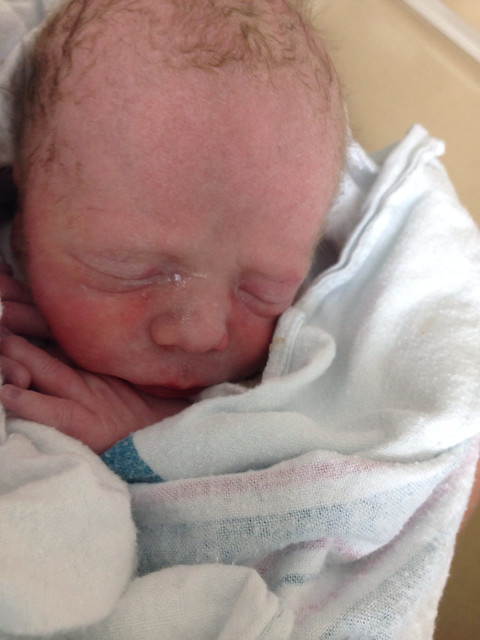 And my sister, Jenn – a total rock star at having babies – who looks beautiful and amazing after expelling two people from her body. (I don’t know how she did it! I looked like a zombie.) 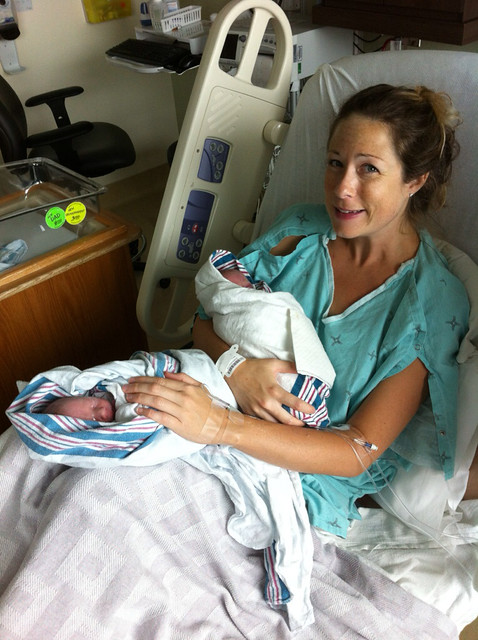 One of my favourite things is that Cameron has blonde hair and Charlotte has red hair – they are like little tiny versions of their big brother and sister. Everyone wins!

Congratulations to the Martin family! 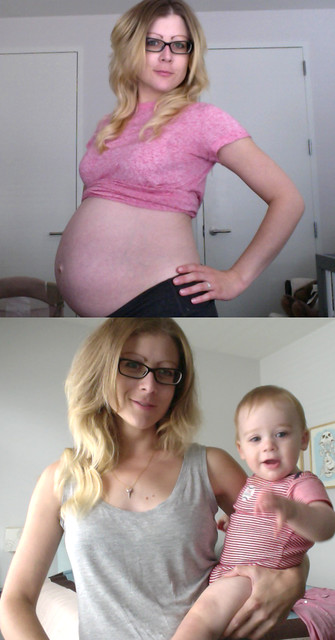 Although I lost count of how many weeks old Henry was months ago, I just realized he is 40 weeks old. That means he’s been out of my belly for as long as he was inside! I can’t tell which period of time has gone by faster, but I think it’s probably the time that he’s been in my arms :) 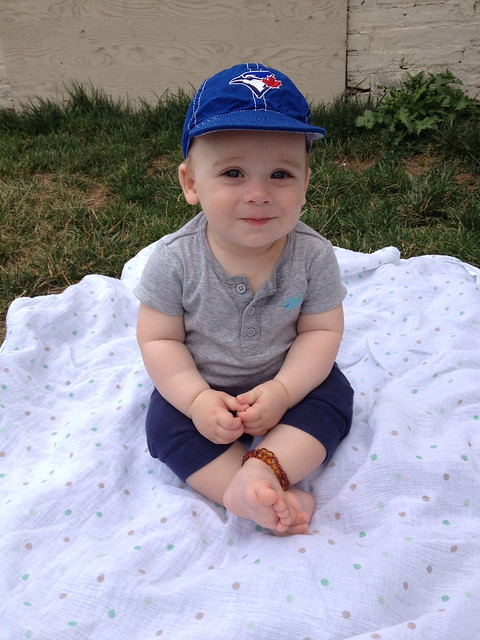 In the last month, Henry has mastered not only sitting, but pushing himself up into a sitting position from hands and knees. He practiced this in his crib for hours while he was supposed to be napping. This has led to some pretty hilarious moments where he’s fallen asleep sitting up, not once… 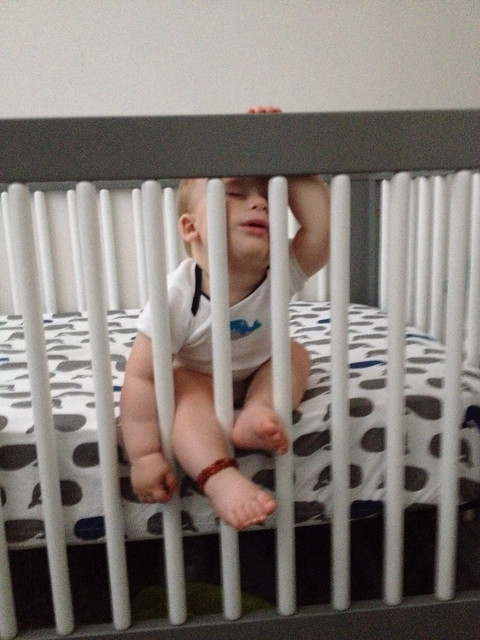 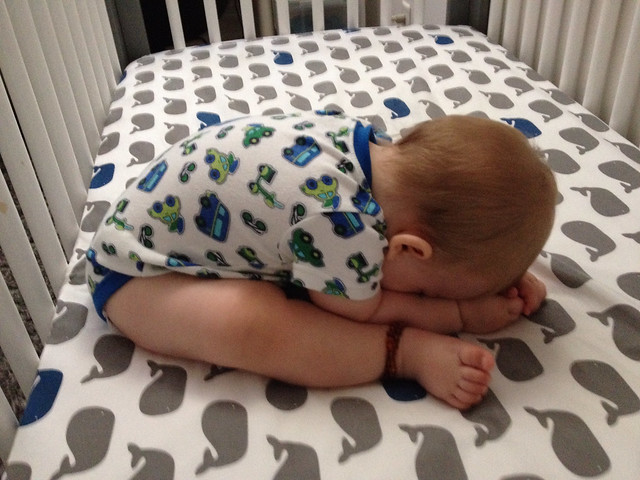 He’s even starting to pull himself up to stand, so we had to drop the crib down one step. 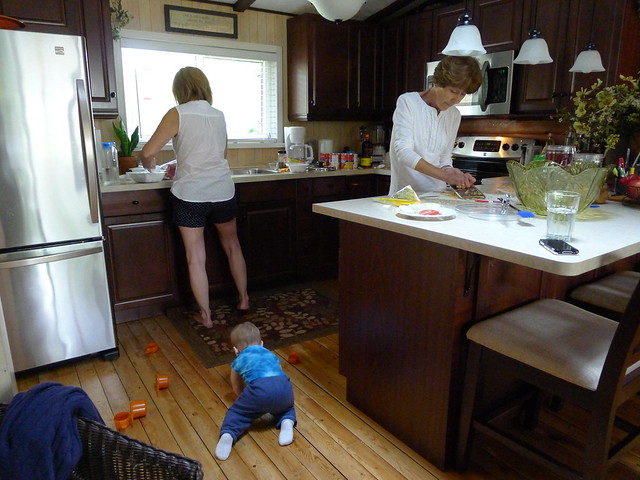 And thanks to our trip to Canada this month, he had lots of practice to crawl with more space available so now he’s speeding around our apartment! He now likes to laugh at us when he goes places he knows we don’t want him to be. (Any suggestions for good free standing baby gates or nice storage ottomans would be appreciated, by the way ;) 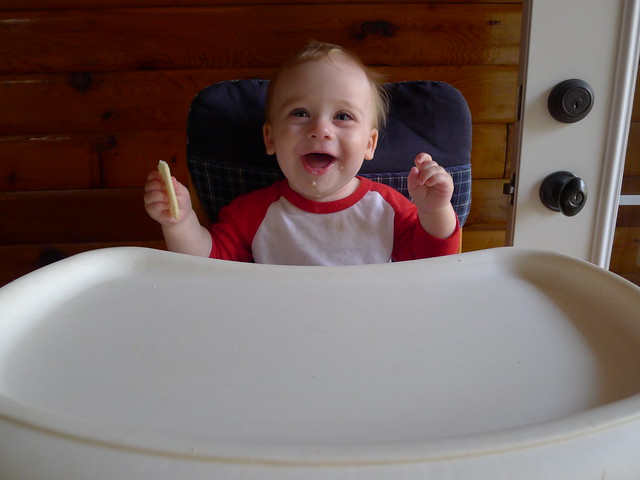 His interest in food seems to come and go. While we were in Canada, he ate the most food he ever has before. I’m sure the added sugar in the jars had something to do with that, but I now use rice crackers as “appetizers”. Literally. He loves to munch on them and then I’ll sneak purees in his mouth while it’s open. I think it’s time for more interesting solid things though, as scary as that is, because this week he hates food. Eeep. 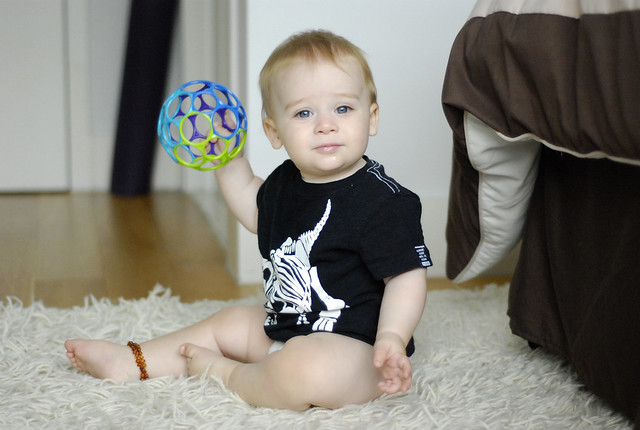 Speaking of food, we met with an Allergist a few weeks ago who confirmed he is allergic to peanuts and walnuts. For now, both of us are avoiding all nuts (since I’m nursing still) and we’ll test him again in a year to see if anything’s changed. The doctor thinks that if I avoid nuts too, his system might have a chance to repair if it doesn’t have to deal with any of the remnants of nuts getting through. Fingers crossed! 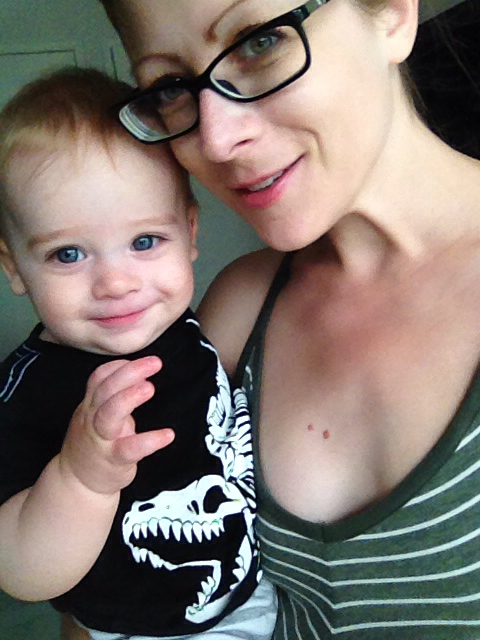 Teething continues! The first of his four front top teeth that are so close to coming in is making a slight appearance after some very rough nights last month. 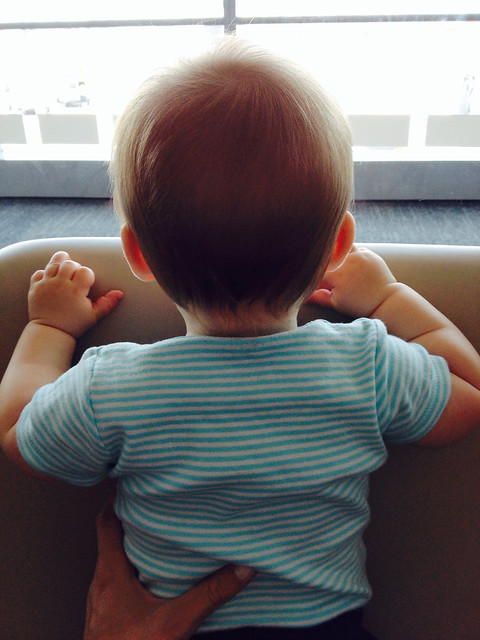 The baby is definitely on his way to becoming a little boy more and more every day!

You are currently viewing the archives for August, 2014 at I want to go to there.