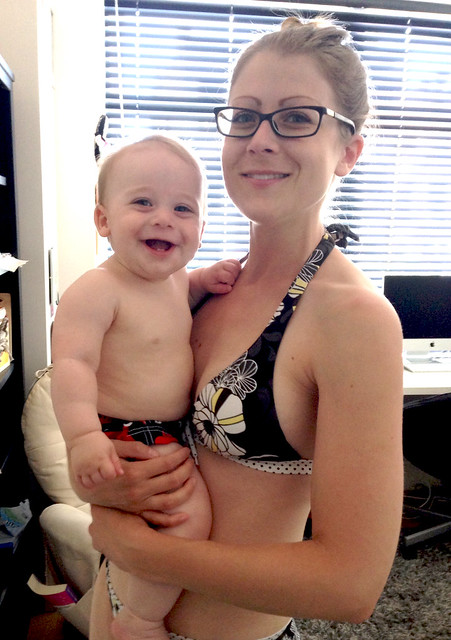 Sometimes, it’s easy to get lost in parenthood. The days blend together, and you seem like you’re living nap time to nap time, feeding time to feeding time. I get consumed by whatever challenge Henry is throwing at me that week – lately it’s a rotating roster of sleep, food, diaper changing, and drinking water issues – and I get stressed out that it’s not going perfectly. Other kids seem to be perfect eaters, natural sleepers. Sometimes Henry is absolutely neither of those things! He turns my plans upside down and exhausts me physically and mentally.

Today my sister told me that she’s up 13 times a night with her two week-old twins, but that every day is like Christmas morning. She can’t believe how lucky she is. Now that’s inspiring and something I will remember.

Henry is the greatest little person I’ve ever met. And Nick and I CREATED HIM. His closed-lipped little smile and contagious laugh are my two favourite things in the world. He’s constantly learning and doing new things and blowing my mind that he was a skinny little alien of a baby just 10 months ago. Sometimes it’s easy to forget when I’m tired, but I have Nick and Henry and that makes me the luckiest lady in New York. Thanks for reminding me, Jenn. 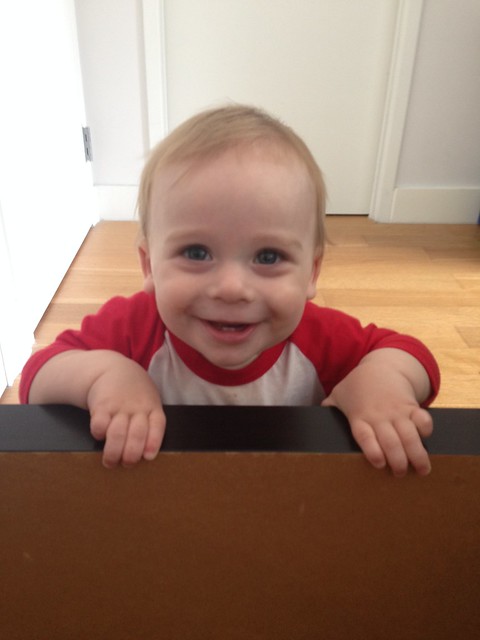 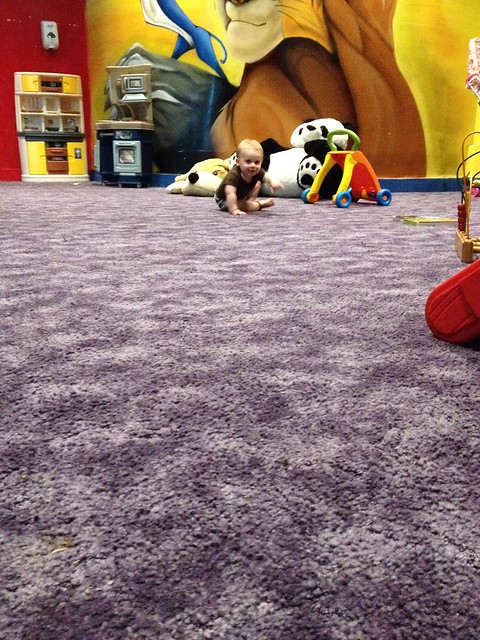 Man, is this little guy moving. For the past month, he’s been getting faster at crawling all the time. Our apartment is just not big enough to satisfy his need for speed, so we’re very lucky to have an atrium and playroom downstairs. He’s in the children’s playroom in the photo above – a room with cushy carpeting and lots of toys. It’s so perfect for those times in the day where you have already been on 3 walks, you’re out of naps, and there’s still an hour before bedtime! 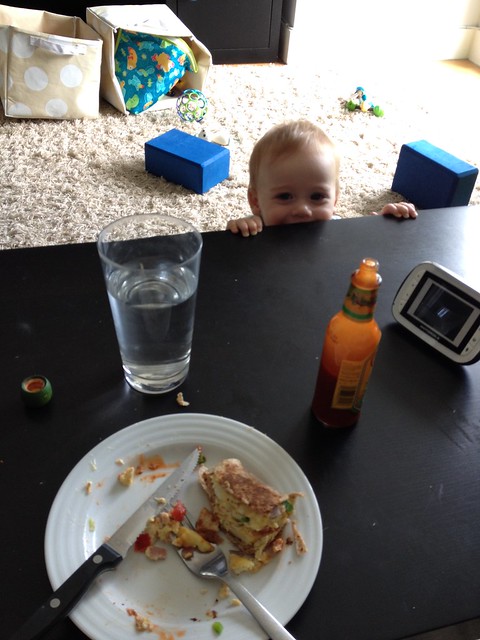 However, crawling has taken a backseat to STANDING. Henry loves to pull himself up on everything he can. The coffee table, the wall unit, hinges on doors, his crib, windows… He has been having a hard time napping because all he wants to do is stand or bounce up and down while standing in his crib! Sure, he’s fallen asleep sitting up before, but standing is a whole other story. For the past few weeks, when he actually takes a second nap, it feels like winning the lottery! 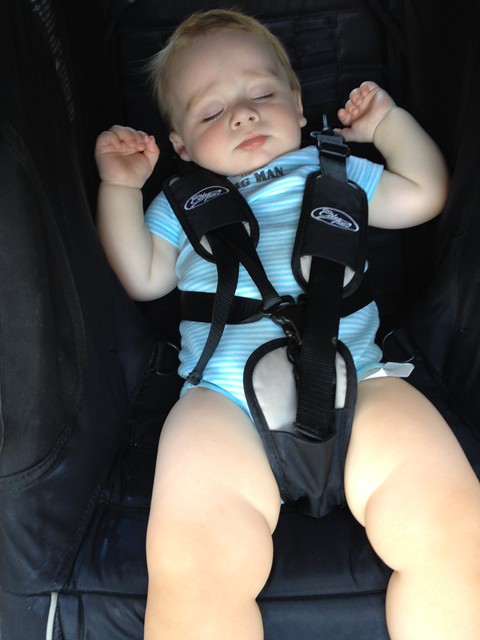 Speaking of sleep, it’s been so challenging for the past month! We had to sleep train him for the second time a few weeks ago when his pediatrician pointed out that the reason he doesn’t want to eat solids is because he’s snacking 1-3 times a night. Also, he now has 6 teeth and drinking milk all night is not good for them.

The first time we sleep trained him, he was 4 months old and it only took 2 nights. This time, it took 5. He is sleeping through the night now – he’s just waking up anywhere between 5:00 and 6:00 am. 6:00 is like sleeping in now! (UGH). Here he is, yawning with his Dad and Grandpa Storch! 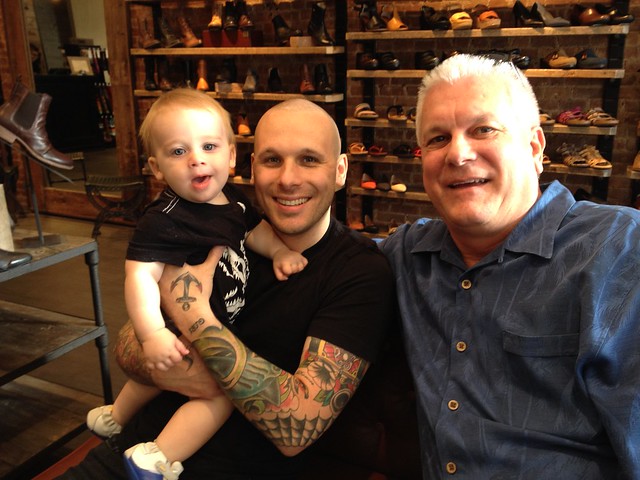 Life is just so exciting! 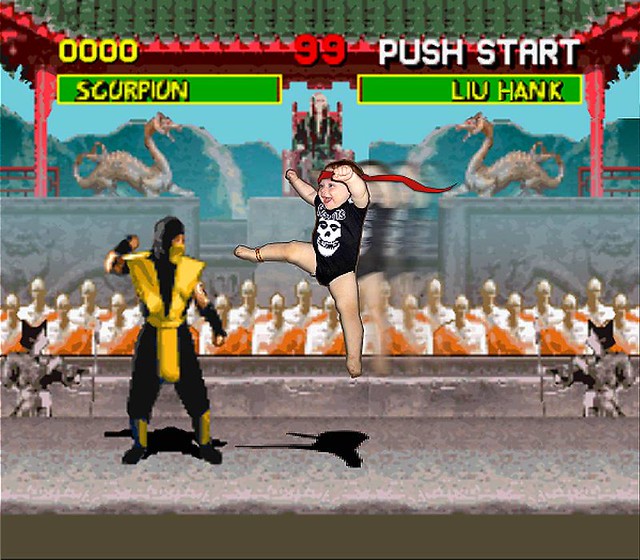 We’ve taken the East River Ferry to DUMBO a few times where we check out a very cool nautical-themed playground between the Brooklyn and Manhattan bridges, visit a bookstore, get chocolate, and found out that Shake Shack has a stroller express line! 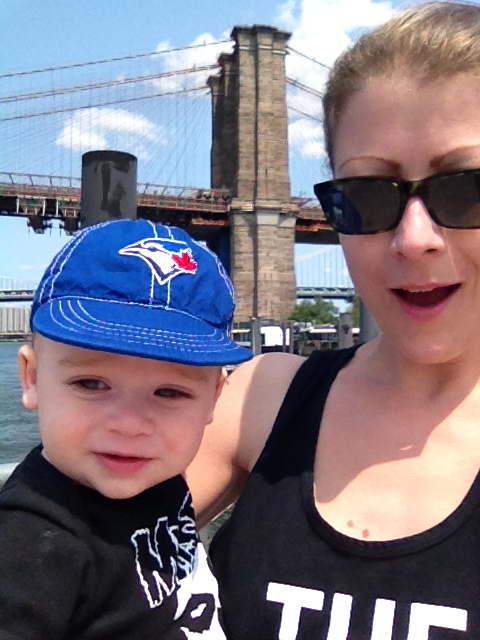 The ferry is a GREAT place to meet ladies, or so Henry thinks. Also a great place to see some very big splashes out the window. 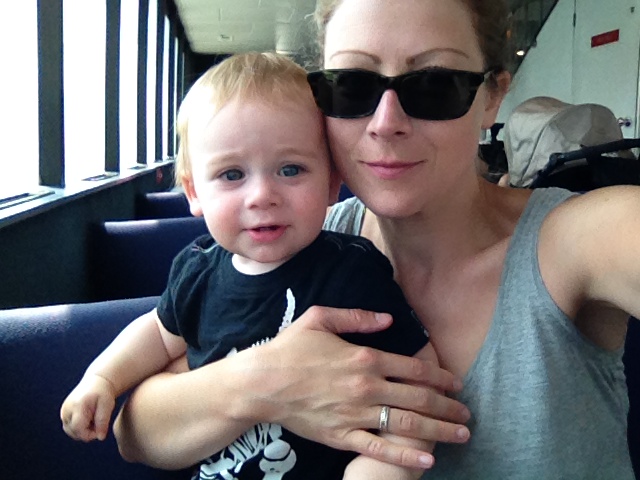 As Henry gets older and eats more solids, I’ve been able to leave him for longer periods of time. I had my first client meeting in the city a few weeks ago, and on Saturday, Nick and I actually had a sitter put him to bed (his first time without me!) so we could go to a wedding. 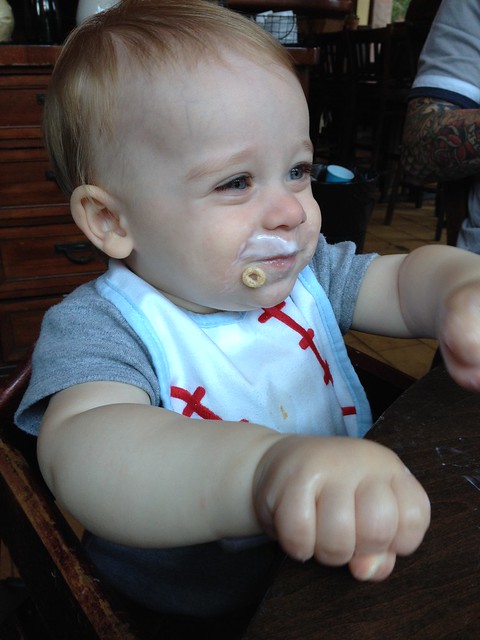 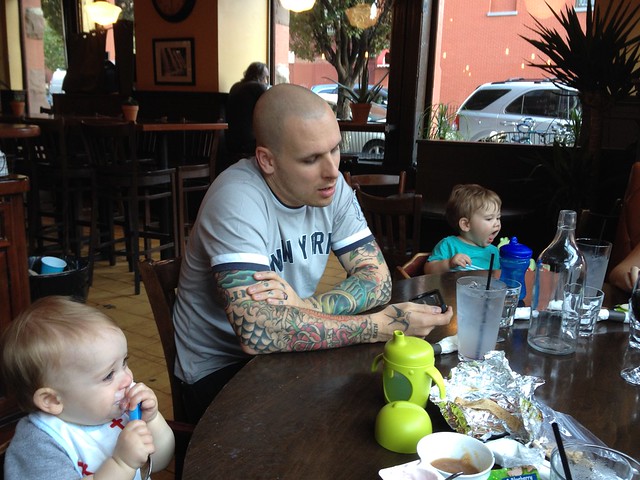 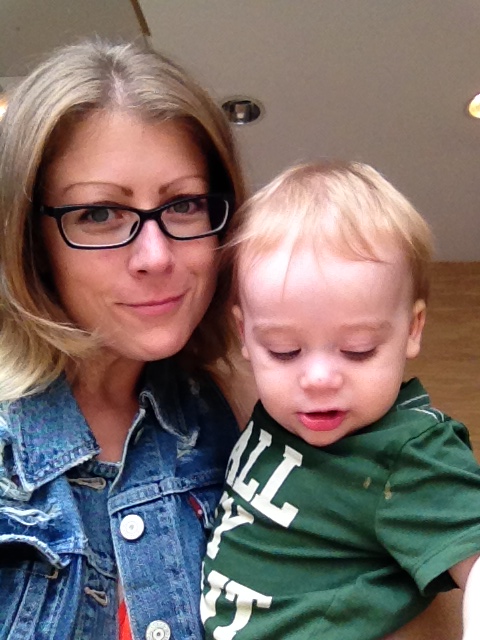 You are currently viewing the archives for September, 2014 at I want to go to there.