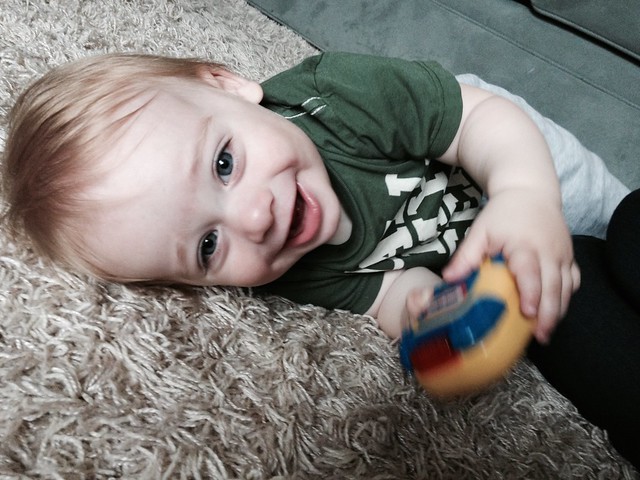 Henry, you are 11 months old today! 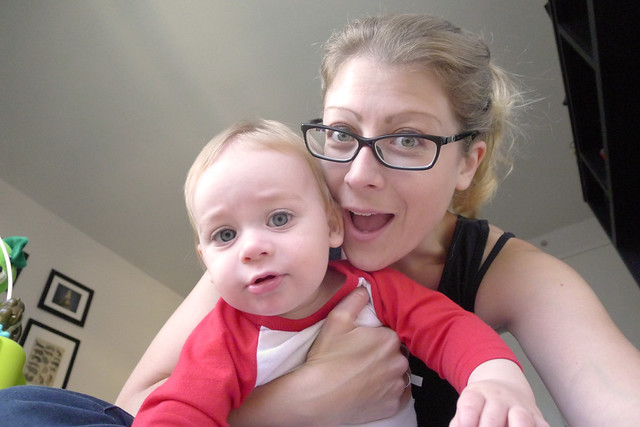 Fall is such a nostalgic time. I’ve been thinking a lot about this time last year, when I was very round and pregnant, and getting everything ready for his arrival. I can’t believe Henry will be a toddler instead of a baby soon! 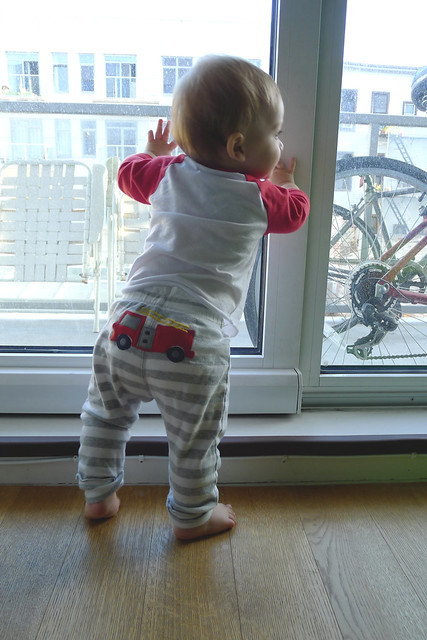 But at the same time, yes I can. He’s beginning to really be more independent in the ways he plays, and much more opinionated. He’s more his own person than ever before. Whereas when he was smaller, there was a formula to make things happen, like sleep or eating, now you have to take into account his preferences and mood. 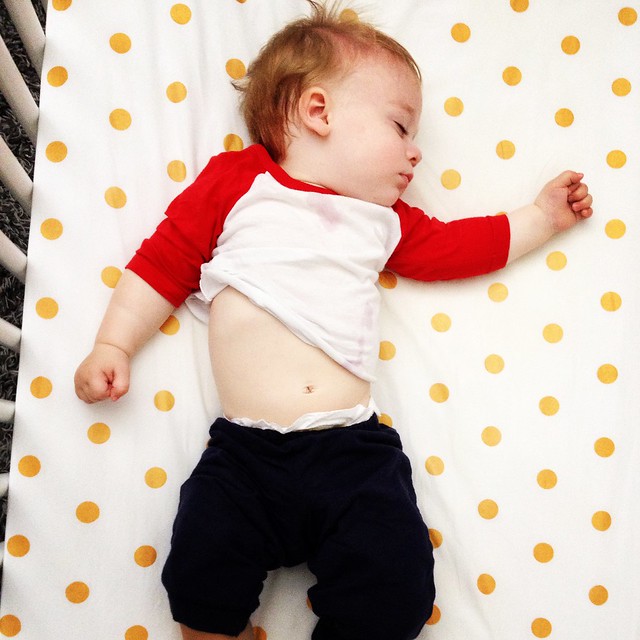 The last two months or so have been a real transitionary period for both of us. It took me a while to relax and realize everything is a phase and whatever’s happening at the moment is just what needs to happen; it won’t last forever. Like sleep. His second round of learning to sleep through the night lasted about 3 weeks before he started waking up and nursing twice a night again. Between his leap and the cold he had a few weeks ago, I figure he needed the comfort and perhaps even the nourishment. He’s been very distracted by the excitement of daytime, sometimes I don’t think he always eats properly during the day. My newfound laissez-faire attitude tells me to just go with it for now. 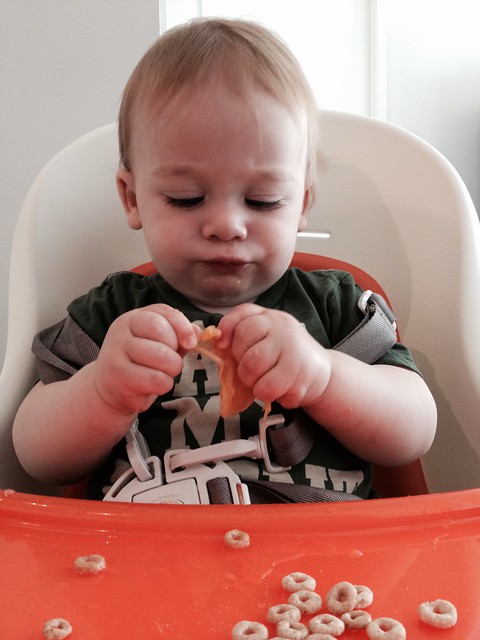 He is managing to eat solids better these days though, which is great. I’ve been buying organic packaged baby food in addition to the food I make so that he gets a better variety and actually eats his greens. (They need to be hidden in fruits now, apparently!) He’s been enjoying things like buckwheat waffles and grilled cheese sandwiches, along with apple and orange slices. 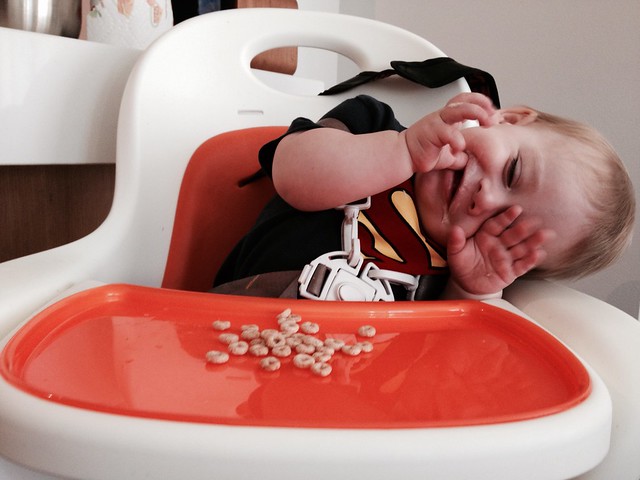 He “broke vedge” with chicken broth while he was sick. He slurped that stuff down! Now I have a few chicken and veggie meals to try with him, coming up in the next few days. 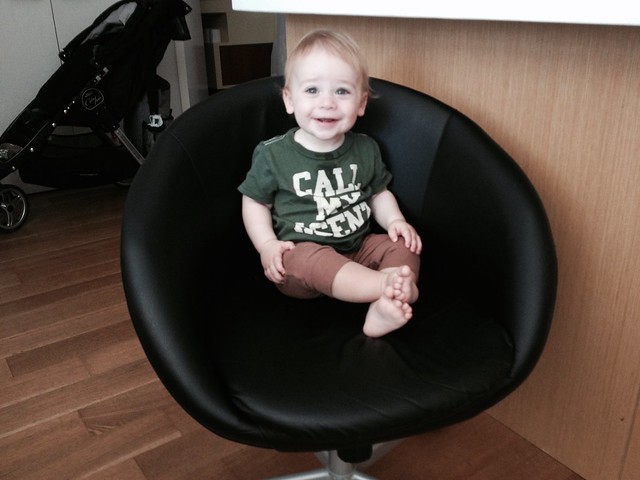 I have been enjoying a newfound sense of freedom with the recent discovery that our amazing sitter, Valerie, can get him to fall asleep for a nap on her. I am not jealous of this new sharing of cuddles AT ALL. This takes a huge load of pressure off me, so I don’t have to plan my whereabouts around when he’s going to nap, as I’ve been doing for 11 months now. 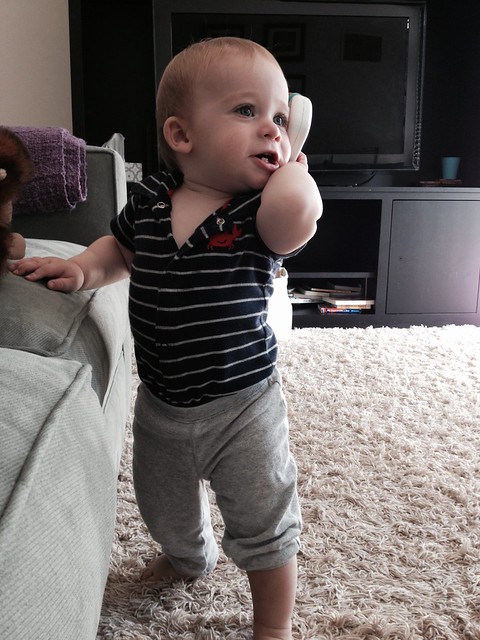 Henry is so close to walking! He can move quickly while holding onto something and can take up to 4 or 5 steps on his own before plopping onto his butt. He has started dancing to the songs his talking toy puppy plays and has mastered the art of squatting to pick something up off the floor. 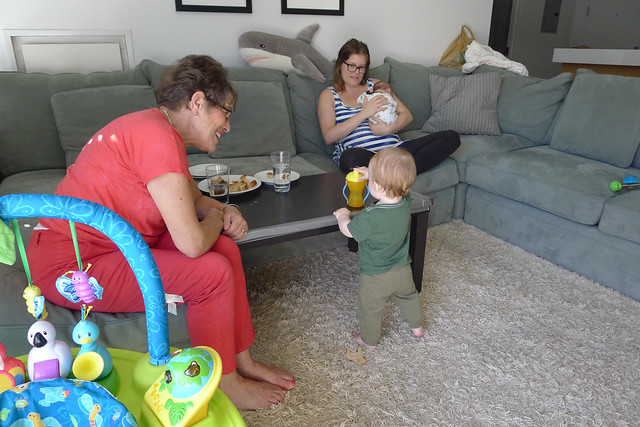 He also enjoyed meeting his newest, smallest friend, Royce Vastano last week. At one point during the visit, he made his way over and held Royce’s tiny hand. (Heart melt.) 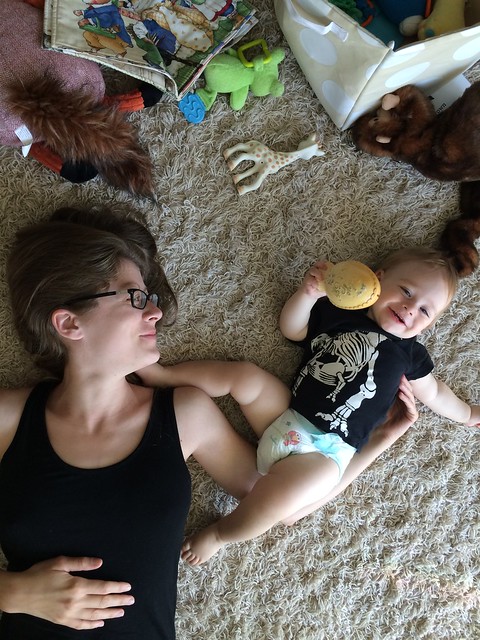 See you again with a ONE YEAR OLD!

§ 2 Responses to 11 Months with Henry

You are currently reading 11 Months with Henry at I want to go to there.