My second Mother’s Day was fantastic! (Much better than my first.) 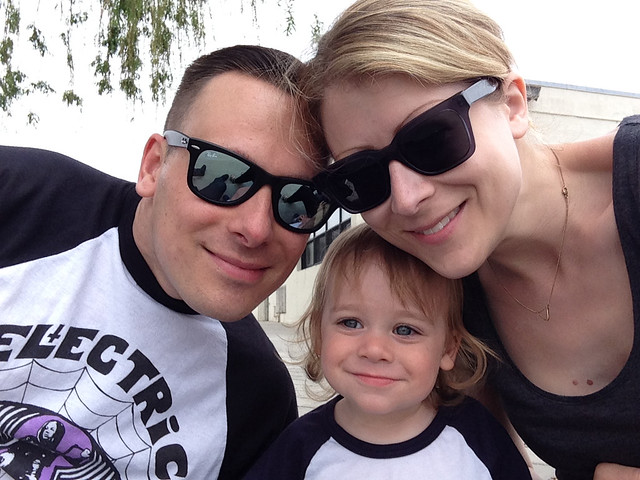 Nick got home from his week-long trip to London on Friday afternoon and spent the rest of the day with Henry and I. He also brought me peonies and British chocolate. Anything else that would happen would just be icing on the cake at this point! 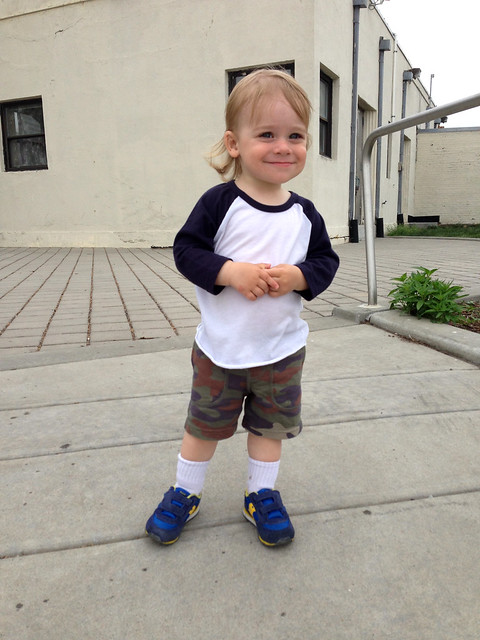 Early Saturday afternoon, Nick filled in on bass for two songs with his friend’s band down the street, so I attempted to bring Henry in the Ergo, with his noise blocking baby headphone things. We hung at Saint Vitus for a bit, but unfortunately, his first show was not his dad playing. That’s okay. After Nick was done, we all went to the park as a family. 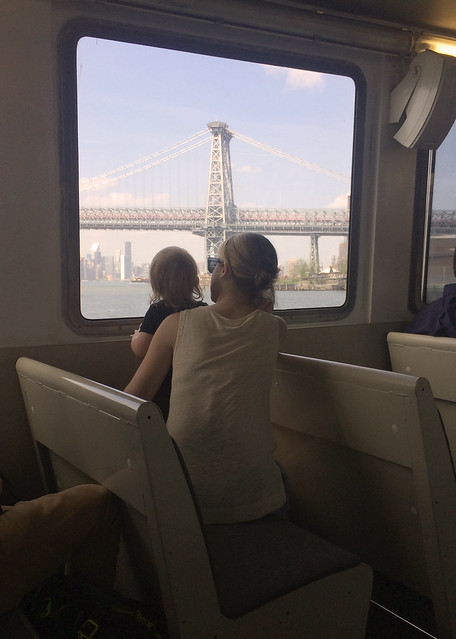 Today was a jam-packed, but perfect day of yoga, a quick morning visit from our friend Will, then Nick, Henry, and I took the East River Ferry to DUMBO. 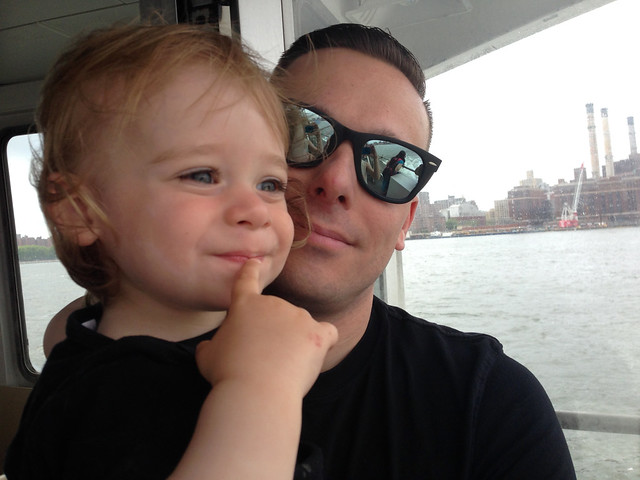 Henry hadn’t ridden the boat since early last Fall, way before his new boat obsession, so he had a great time. He even got to stand out back with dad on the way there! 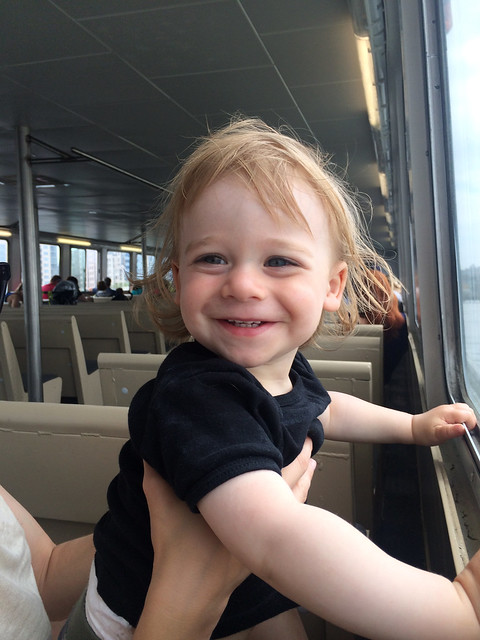 Just when you thought it couldn’t get any better, we saw a POLICE BOAT!!! (Please excuse Hank’s sunscreen-filled, sweaty, Harry from Dumb & Dumber hair ;) 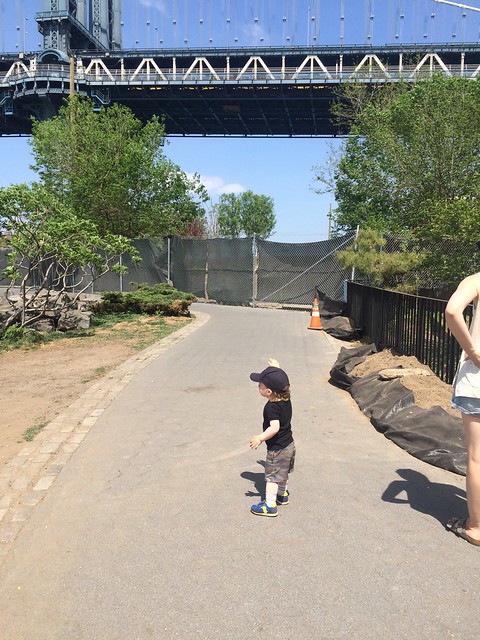 When we got to DUMBO, we took Henry to the cool pirate ship-themed playground to let out some energy. I realized I’d never been to this area of Brooklyn on a summer weekend before — it was so packed with people, mostly families, that it was like the Disney World of NYC! The name DUMBO had never been more appropriate.

After Henry got to watch trucks and the subway drive over the bridges, I got a Jacques Torres ice cream sandwich, and we saw enough people to make us want to hide in our apartment, we caught the ferry for a ride back home.

Thanks to Nick and Henry for a wonderful Mother’s Day. I’m so fortunate to be Henry’s mom and Nick’s wife!

You are currently reading Mother’s Day, take 2! at I want to go to there.