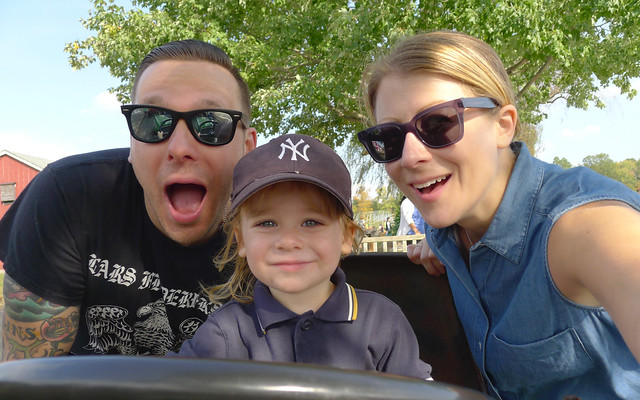 As some of you may know by now, Nick and I have birthdays two days apart. This makes for some good celebrations – kind of like a mini Christmas! We were secretly hoping Henry would be born sooner so he could be part of the festivities too, but it’s probably best he got his own month. 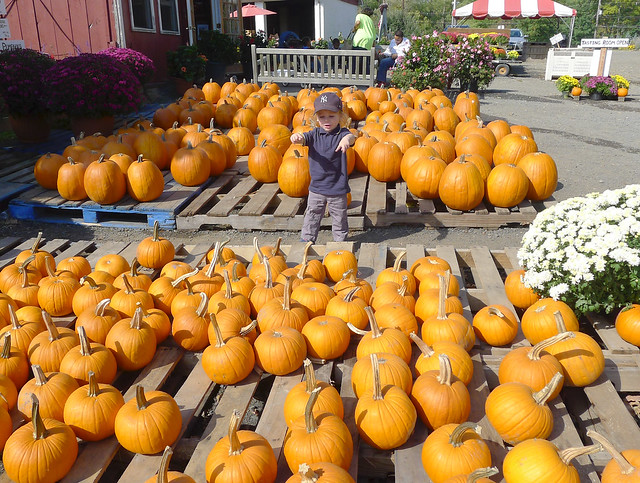 This year, since Henry’s a full fledged toddler, we decided to do something he’d enjoy too so we drove to Terhune Orchards in Princeton, New Jersey on Friday. 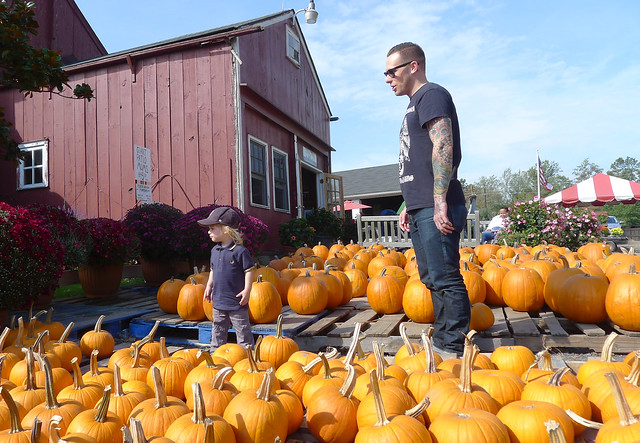 This cute little farm has an apple orchard, pumpkin patches, a corn maze, animals, hay bales to play on, and tractors you can sit on and pretend to ride. 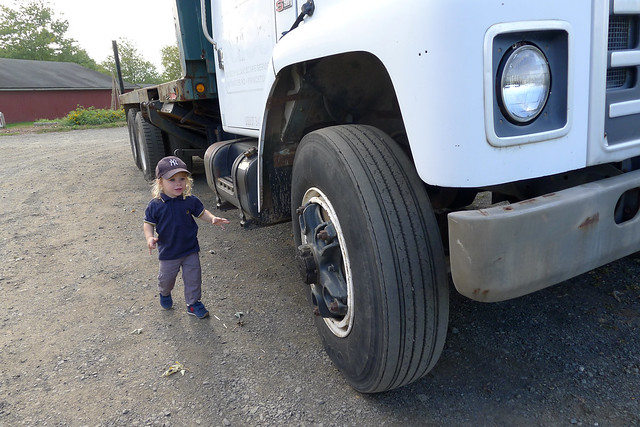 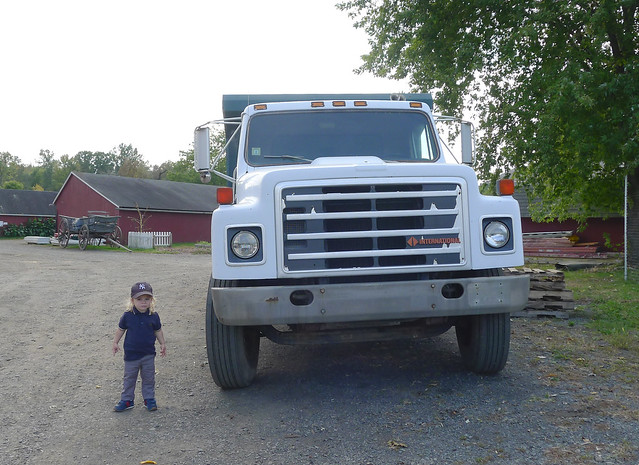 Henry LOVED the trucks and farm machinery (obviously), but also thought the sheep, goats, chickens, ponies, and geese were hilarious and cute. 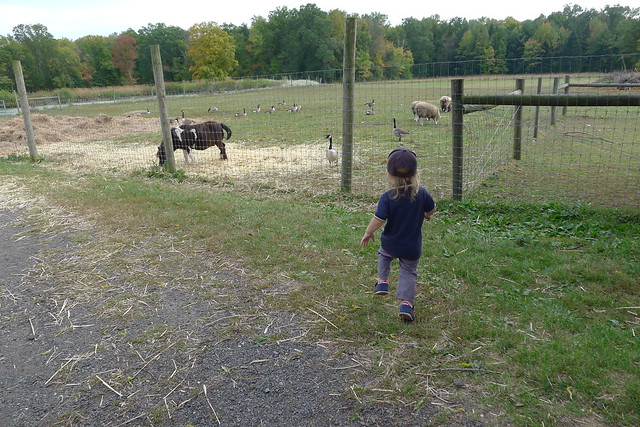 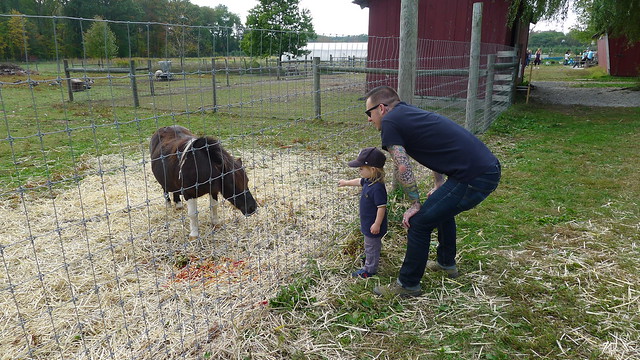 There was a jungle gym tractor. 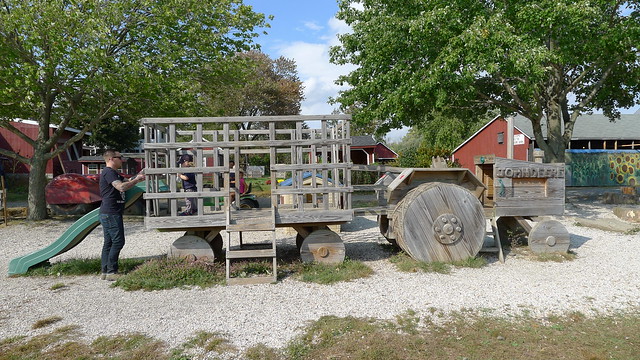 As well as some old tractors made for kids to “ride”. 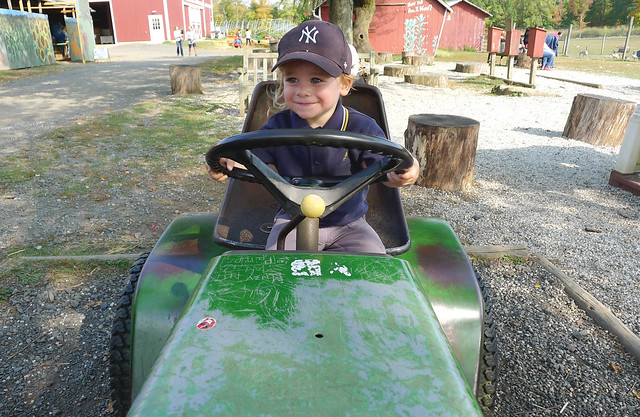 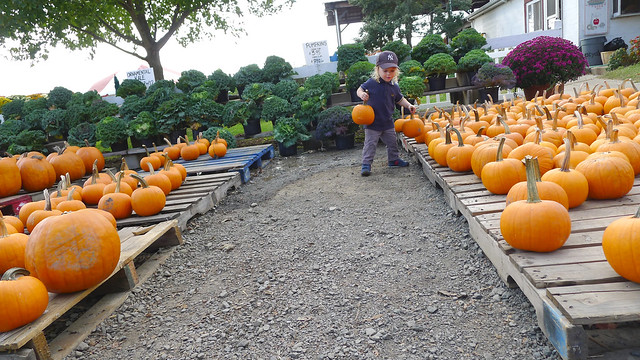 While Nick and I took turns popping into the farm fresh store to buy apple cider, apple cider donuts, a bushel of apples, and pumpkin nut bread, Henry took it upon himself to rearrange their pallets of pumpkins. 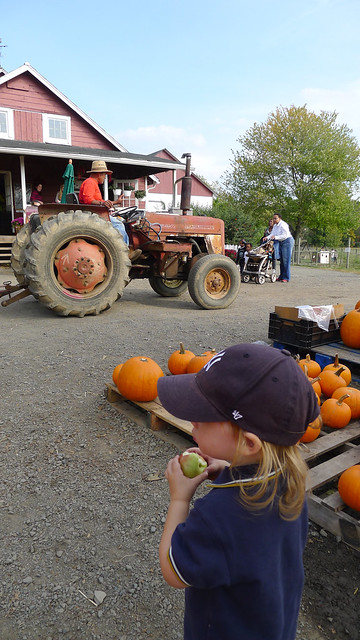 Then a tractor drove by! 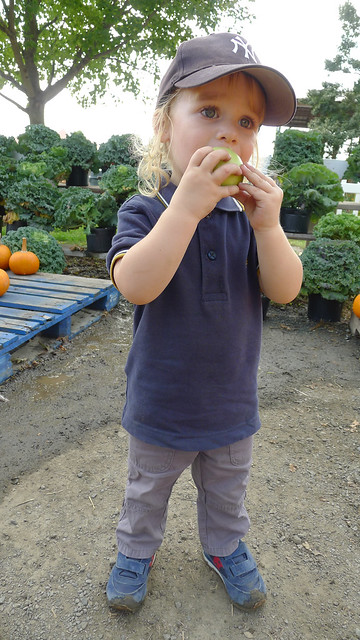 Henry has eaten two or three apples a day since we visited the farm, and every time he eats one, he has to remind you where it came from. We will be apple picking again soon!

On Saturday evening, Nick and I had Henry’s beloved sitter Valerie come over early so we could go out for dinner and go see The Martian. 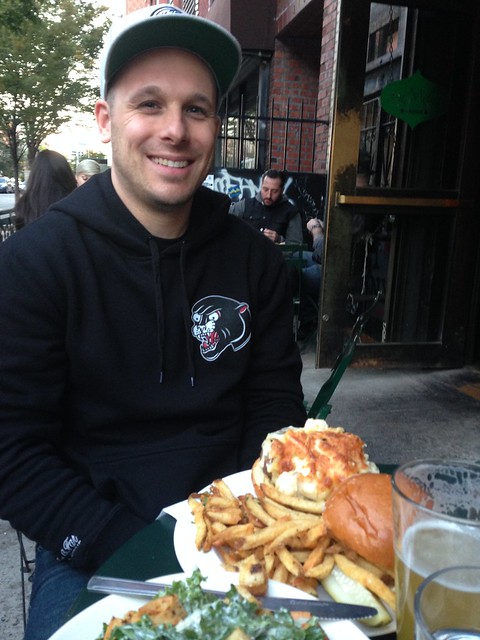 The rest of the weekend was spent enjoying the beautiful weather of our neighbourhood. 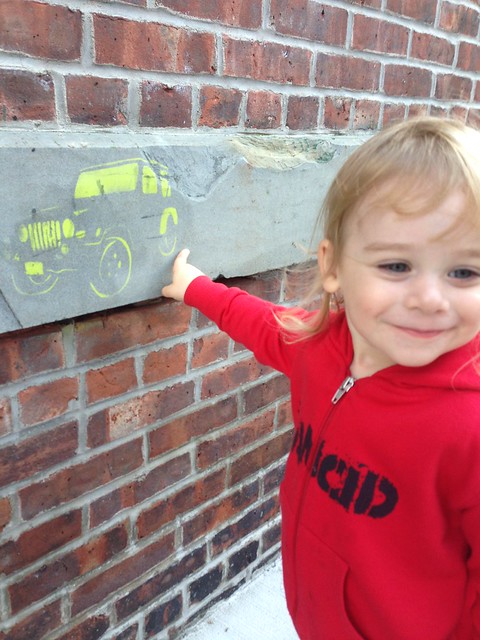 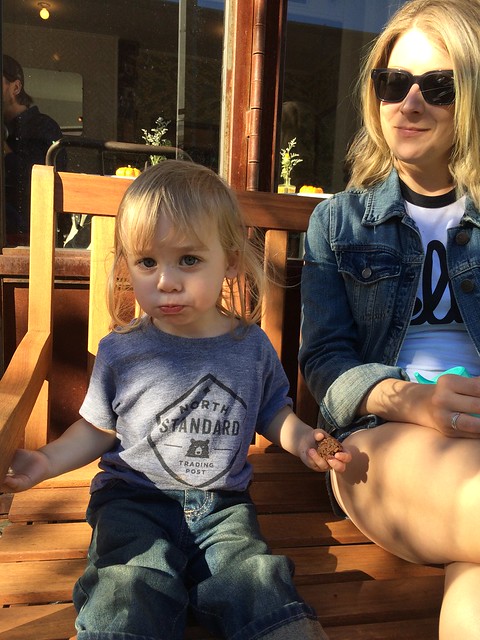 (I am actually wearing shorts here, not going bottomless.) 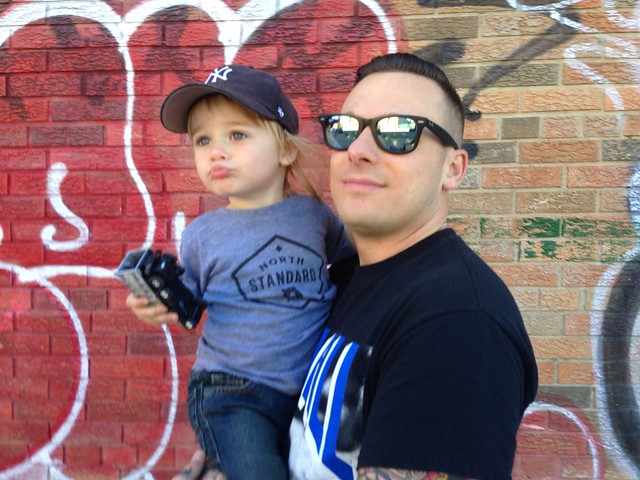 For Nick’s birthday on Sunday, I brought him home a Dough “donut cake” after morning Mysore which we all enjoyed. What a delicious birthday weekend!

You are currently viewing the archives for October, 2015 at I want to go to there.