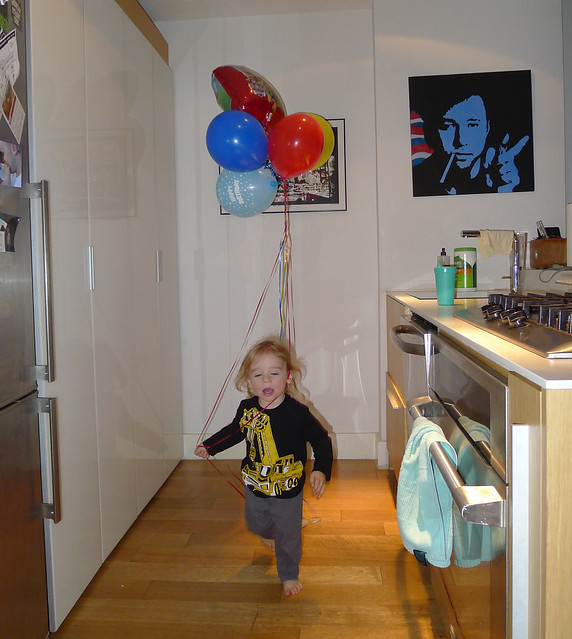 This past weekend, we got to celebrate Halloween and Henry’s second birthday! 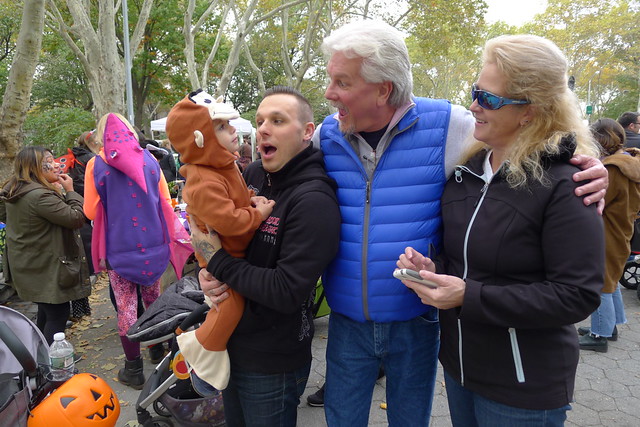 Grandpa Storch made a special trip from Pennsylvania to celebrate with us and our little monkey. 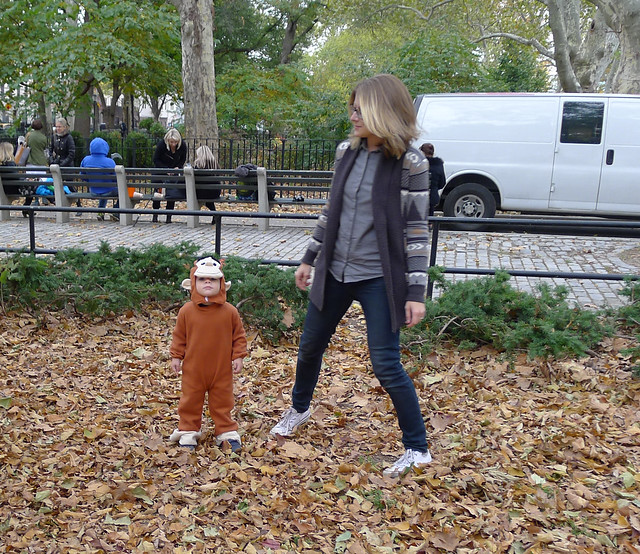 Since Henry’s still a bit young for trick-or-treating (plus he doesn’t like candy), we spent the afternoon at Social Pants‘ Halloween party at Greenpoint’s McGolrick Park. They did a great job! We saw so many amazing costumes! 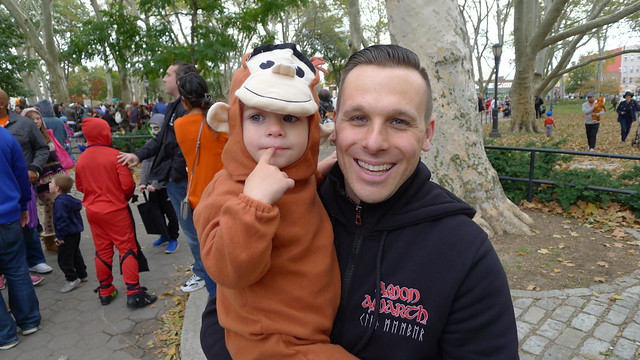 Including Henry’s Curious George, which we weren’t sure if he’d actually wear, but was a very good sport about putting it on for a few hours. 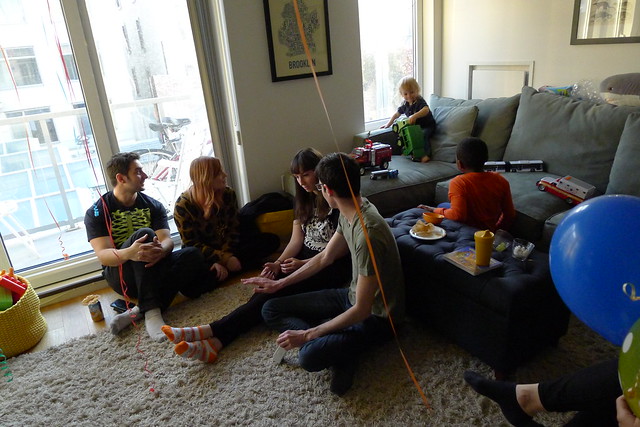 On Sunday, we had an apartment full of people for Henry’s birthday party. 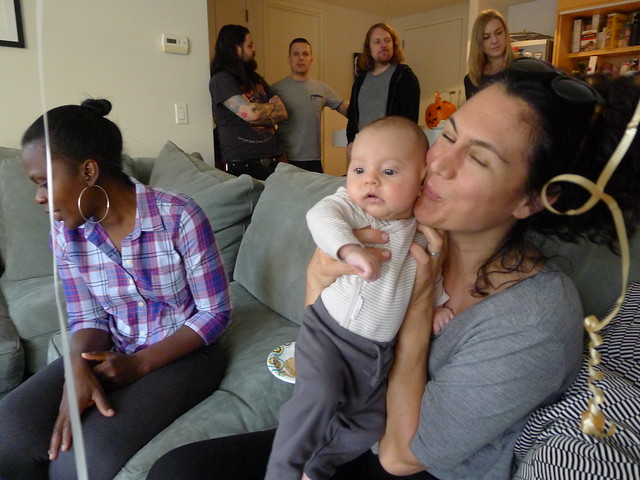 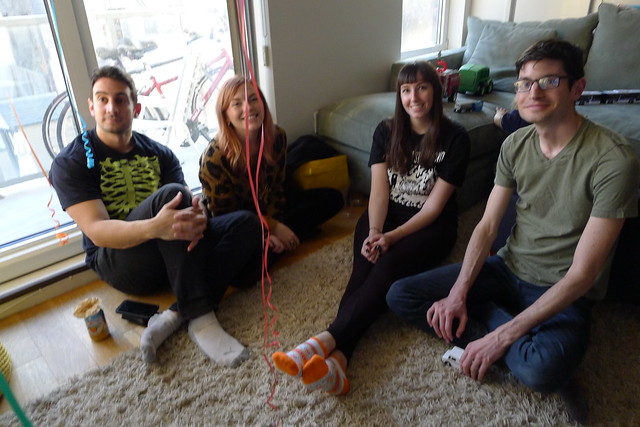 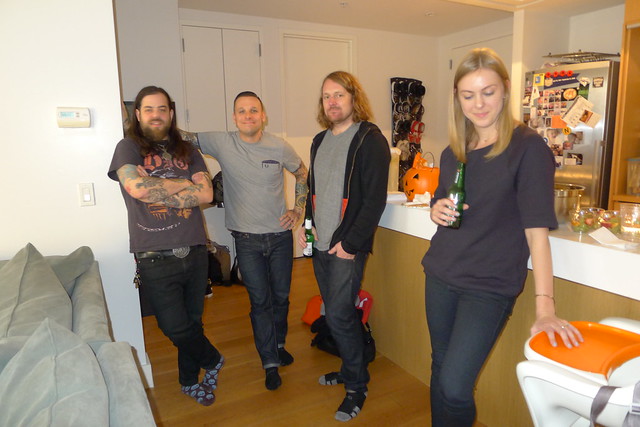 Since all of his invited two year olds buddies besides little Zack couldn’t make it, it ended up being mostly adults, plus Henry’s BFF, 8 year old Caylan, and 2 month old Eloise. It was a nice balance though – very manageable! 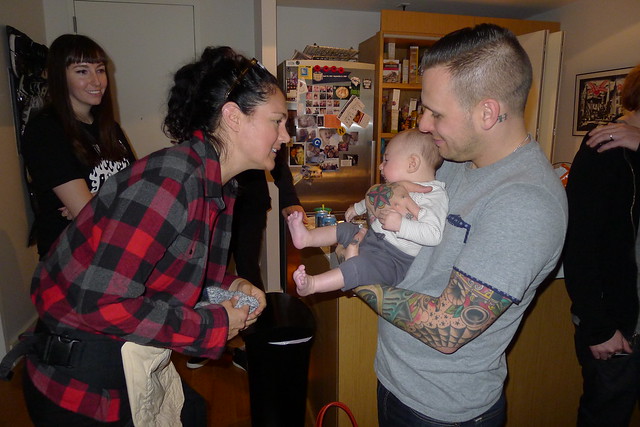 Henry handled being serenaded with the birthday song from about 20 people very well and enjoyed eating just the strawberry from the top of his birthday cupcake. 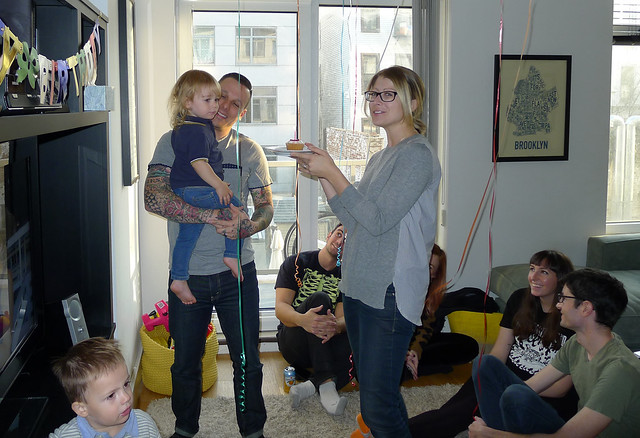 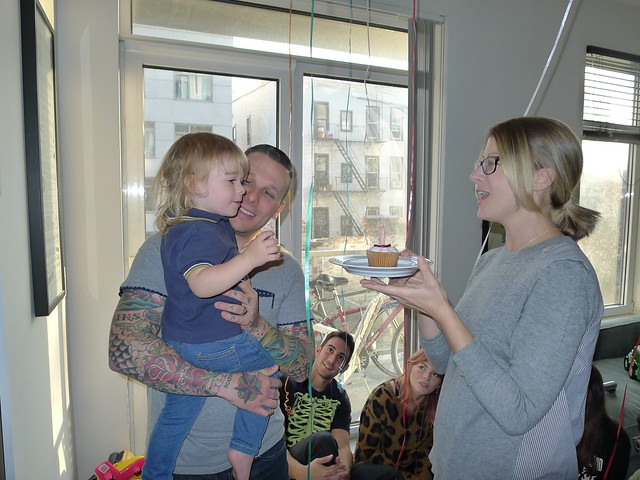 This gift-giving event was the most prosperous to date in Henry’s short life. Our apartment is officially covered in trucks of all types and sizes! Here he is, eating his dinner after the party with his new bulldozer. 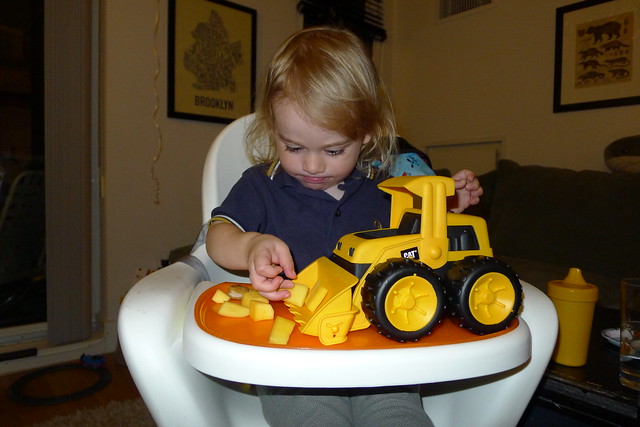 Thanks to everyone who came out to celebrate, and loved ones who made that extra effort to send Henry their best wishes in the mail. We love you! Here’s to our third year of #DailyHank!

You are currently viewing the archives for November, 2015 at I want to go to there.