Memorial Day weekend is always the best because it’s the first long weekend of the year with (relatively) nice weather! Last year, we rented a house in the Poconos with my parents, but this year, we decided to stay a bit closer to home. 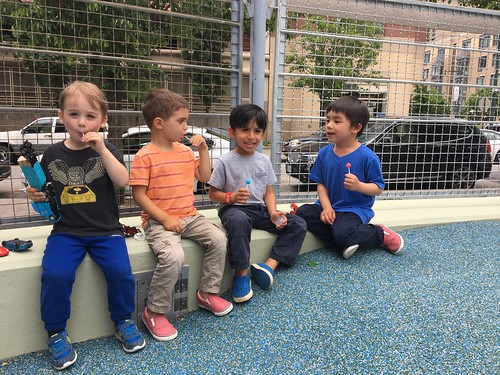 We were really lucky to basically have a 4-day weekend since Nick had Friday off. Henry had his morning preschool class, but we both went to pick him up and were able to play at the park with some school friends afterwards for a while. Above is their first band promo shot. 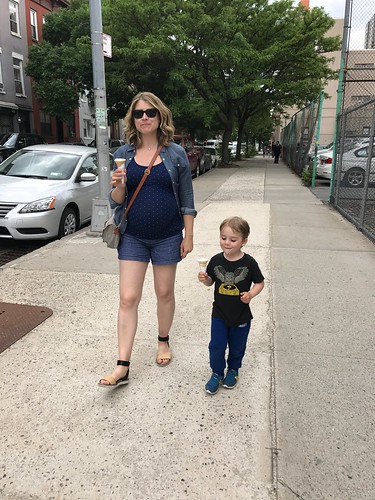 It’s always so hard to get Henry to leave his friends at the park (we’re always the first to leave since we have a half hour walk home), but the ice cream truck that appeared across the street just as we were telling him it was time to go for a soft-serve search definitely helped! 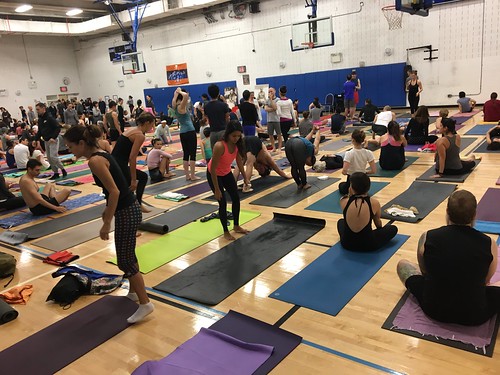 I bought a ticket for Sharath Jois‘ 7:30am Led Ashtanga class months ago, without quite realizing I’d be 8 1/2 months pregnant at the time. It ended up being a great goal to work towards though and the class was awesome. There’s nothing quite like practicing with “The Boss” himself, especially beside my amazing teacher Amy, and a couple hundred other Ashtangis. And yes, I had to get a photo with him and say hello/thank you as I’m not sure when I’ll get to practice with Sharath again! I then spent the rest of the day sitting because my hips and pelvis were so open I was afraid I might have a baby if I kept going. 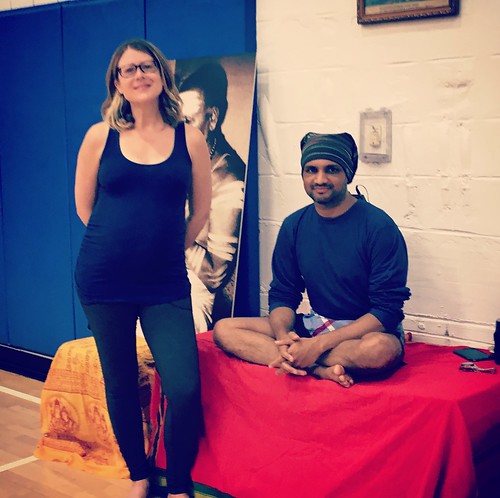 Sunday morning, we made the trip Henry’s been waiting for his whole life – the 2 hour drive to Diggerland in New Jersey! 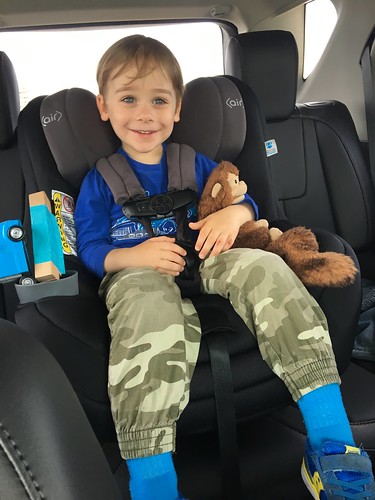 We rented a car and listened to “Life Is A Highway” about 100 times, by Henry’s request. (He’s really into the Cars movie right now.) 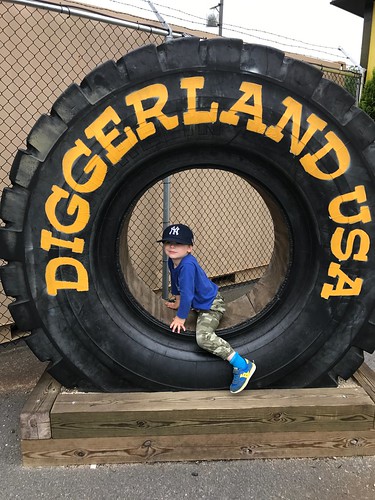 Once we got over the initial overwhelming moment breakdown/refusing to eat lunch/sad he couldn’t bring in his own water bottle, Henry had a blast. 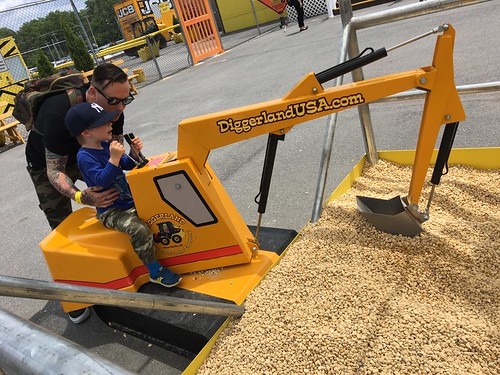 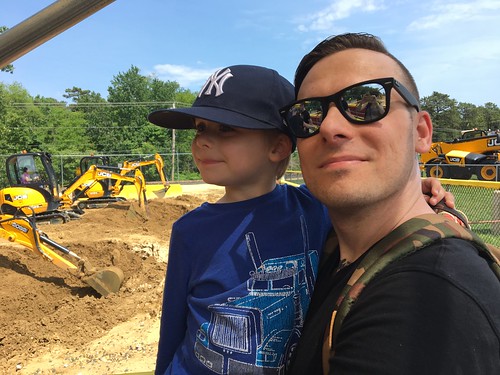 He even waited patiently in line for about 40 minutes to drive an excavator with Nick. Check out those faces! 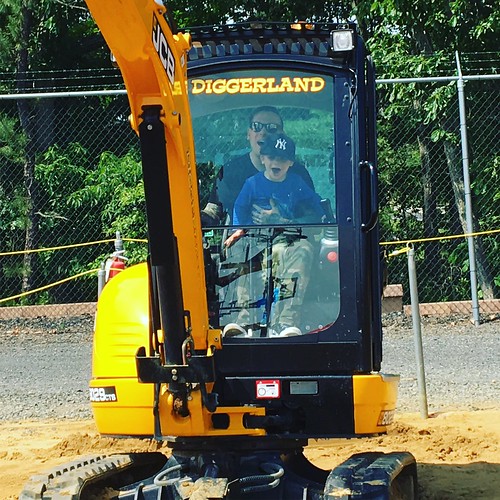 There was a playground with a three-story slide and swings… 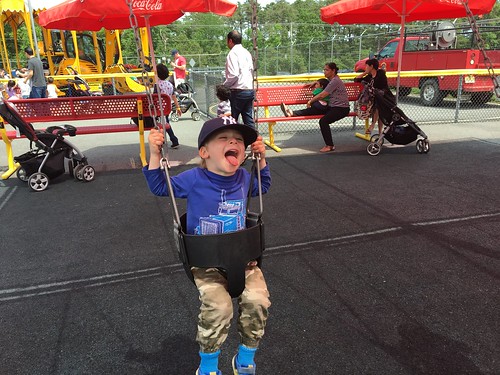 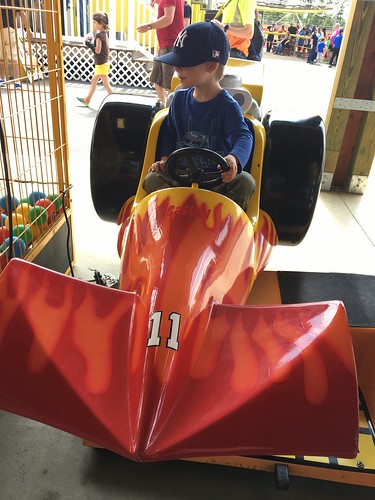 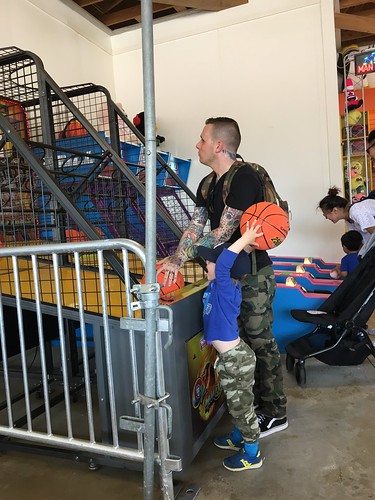 …and a dumptruck ride that he’ll be able to go on once he grows 2 more inches. 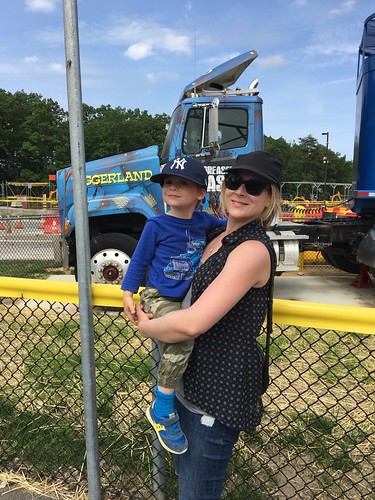 Unfortunately for us, we didn’t escape their gift shop unscathed. I mean LOOK AT THIS STUFF. We may or may not have bribed our way into getting over bedtime fights with a giant flatbed truck…

It just hit me that my due date is the next time we have a long weekend! :O My last day of work is tomorrow, so I will hopefully be revisiting this blog more often. See you soon!

You are currently viewing the archives for May, 2017 at I want to go to there.